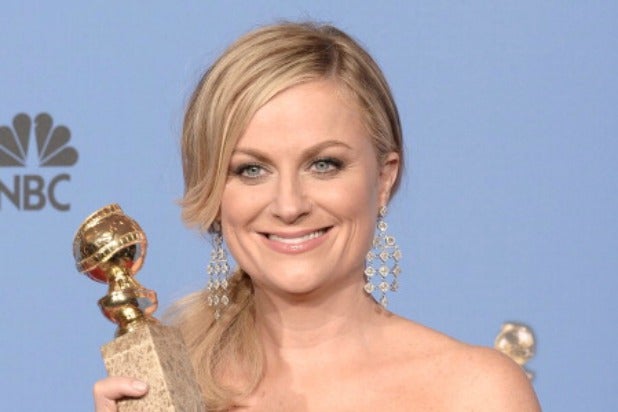 “My whole life changed once Don Pardo said my name,” Poehler, who was on the show from 2001-08 (and had a particularly funny moment with Pardo during “Weekend Update”), said in a statement sent to TheWrap. “I will really miss that kind and talented man.”

Pardo passed away on Monday at the age of 96. The program’s announcer from the start, his deep baritone called out some of the most legendary names in comedy, often at the earliest points in their rise to stardom. A longtime NBC employee — he retired in 2004 but continued to work on “SNL,” where he announced all but one season — Pardo was inducted into the Television Hall of Fame in 2010.

In addition to “SNL,” he provided the voice for “The Price Is Right,” “Jeopardy,” “Jackpot,” “Three on a Match,” as well as “NBC Nightly News” and the network’s coverage of Macy’s Thanksgiving Day Parade.

Many past and present “SNL” cast members took to Twitter on Monday night and Tuesday morning to mourn the man whose voice announced their membership in an exclusive club.

RIP Don Pardo. A voice that meant so much. http://t.co/X4q9TeHVbO

one of the greatest joys of my life was hearing don pardo call my name for the first time. this is a great article: http://t.co/h2ity6YpyF

RIP the amazing Don Pardo. My favorite was when Andy Samberg made him say very un-Pardo things like this: https://t.co/m79pifuuSZ

Any SNL actor will tell u:the ultimate moment of your career was hearing Don Pardo say your name. Each week he represented a dream come true

Goodbye Don Pardo. You worked from World War II until this May. You were cool as hell. I’m very lucky I got to talk to you those few times.

St. Peter is probably keeping Don Pardo at the gates, making him say “Saint Peter” over and over.