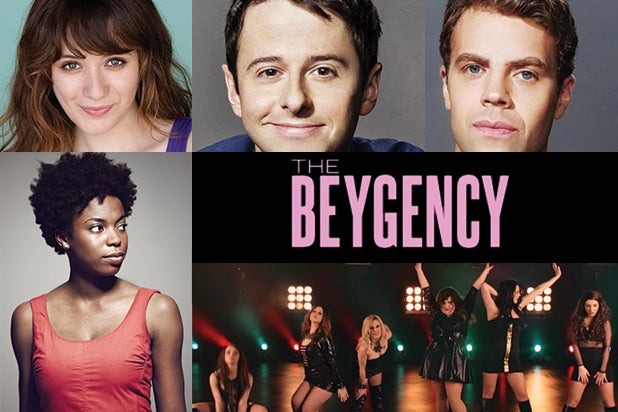 “Saturday Night Live” will celebrate its 40th season this fall, capping the long-running show’s midseason with a February special. But before the NBC sketch comedy power player makes it to the milestone, it must sweat through a summer of high turnover and higher speculation.

Glancing back at “SNL’s” Season 39, did the show make the best of a bad situation or suffer a disastrous year? Based on the recent firings of first-year players, some industry insiders and viewers alike are saying it’s the latter.

TheWrap decided to take a look at the highs and lows of the year, beginning with the most recent cast news. “Saturday Night Live” declined TheWrap’s request for participation in this story.

See video: Dana Carvey Brings the ’80s and ’90s Back With Impressions and ‘SNL’ Bits on ‘Tonight Show’

Other freshmen players Beck Bennett and Kyle Mooney seem likely to return, while the future of former writer and freshman cast member Mike O’Brien feels a little more gray. Those casting calls are expected by August, if not sooner.

Sasheer Zamata, who was added midseason following a media storm over a lack of black women in the cast, shined in her debut and is a no-brainer to come back. Colin Jost, who took over as head writer, and behind the “Weekend Update” desk following Seth Meyers’ exit, is also a shoe-in to stay.

Even with Zamata’s successful rush-hiring and Jost quickly endearing himself to most fans, this week’s turnover has led to some in the media tagging the 39th season of “SNL” a “disaster.” But is it really that bad, in retrospect? The meaningful turnover actually began years ago, and a confluence of many big talents leaving around the same time had Lorne Michaels and company scrambling for (talented) bodies.

Fred Armisen, Jason Sudeikis and Bill Hader departed at the end of Season 38. Kristen Wiig and Andy Samberg left together a year earlier. No one can deny that those five were among the show’s best talents and biggest draws — but it took a while for each to establish themselves on the show, which is the norm due to the competitive format and crazy schedule of “SNL.”

Meyers was with the show for 13 years, Armisen for 11, Sudeikis for 9, and Bill Hader for 8. Samberg had almost single-handedly revived taped segments for “SNL” and Wiig was a breakout star by the time she left for Hollywood films. Those losses alone would kill a less-established show.

Also, this certainly isn’t the first time that a new cast member didn’t see his or her one-year contract renewed. Just last year, Tim Robinson was one and done. Jenny Slate and Michaela Watkins had the same short-term stays in recent years. Rob Riggle and Jerry Minor had the same fate before that.

That said, three “one and dones” — with the possibility for more — in a single season is glaring. While “SNL” was forced to plug gaping holes on such short notice, its batting average has been considerably higher since the mid-1980’s when Robert Downey Jr., Anthony Michael Hall, Joan Cusack, Randy Quaid, Terry Sweeney and Danitra Vance were in-and-out after one run.

Short stints were a little more common between the show’s “not ready for primetime” humble beginning and the mid-’80s. By the late 1990s “SNL,” though, cast stability had become the norm.

Low: White is the new black
Zamata was brought on following bi-coastal auditions targeting African-American women, a glaring omission in the cast that played out in the press. Prior to her hiring, regular players Jay Pharoah and Kenan Thompson — both black men — offered differing opinions publicly about why their show was without a black female cast member.

Pharoah criticized the show for its lack of diversity, while Thompson suggested that at the time, the right woman of color had not yet made her presence felt in the competitive improv, sketch and stand-up comedy world. Zamata did exactly that, but not before the controversy consumed the media over the course of several weeks, becoming an obvious distraction to the show at best, and at its worst, a black eye for the program.

Prior to Zamata, “SNL” hadn’t had an African-American woman in its cast since Maya Rudolph‘s exit as a full-timer in 2007.

Low: Not quite Season 38
According to Nielsen’s Live + 7 metric, “SNL” averaged a 3.3 rating last season in the key 18-49 demographic. That number — while not bad at all for the time period — is down one-tenth of a point from Season 38’s 3.4 rating. Accordingly, viewers dipped slightly as well year-to-year.

Conversely, total viewers have seen a steady decline over the past four seasons.

But it wasn’t just the boys who received that nod from the Academy: Melissa McCarthy and Tina Fey also received nominations for their hosting stints.

Low: Charlize Theron falls flat
Charlize Theron hosted the show’s penultimate episode on May 10, plugging “A Million Ways to Die in the West” and suffering the worst Nielsen numbers of the season. The episode, which included the Black Keys as musical guest, pulled just a 2.4 in L+7 ratings.

Second-to-worst on the sheet for the season was Seth Rogen‘s episode on April 12, which got a 2.7. Ed Sheeran was his musical guest.

High: The role formerly played by Kristen Wiig is now being played by Kate McKinnon
Kate McKinnon is the lone cast member currently nominated for a supporting Emmy — though the show pulled 14 overall — and with good reason. When “SNL” needed a star, McKinnon stepped it up the most, offering fan favorite impressions such as Ellen DeGeneres and Justin Bieber. McKinnon was such a stud that it seemed like she showed up in every memorable sketch of the season.

Also earning a nod from the TV Academy was pre-recorded music video “Home for the Holidays (Twin Bed),” by the ladies of “Saturday Night Live,” McKinnon among them. Fallon was involved in that one, too.

High and Low: That’s “Cold”
In the midst of the diversity controversy, Kerry Washington was scheduled to host “SNL.” The show knew that it had to address its own racial issue, and they did so right up front in the cold opening, which airs live before the host’s monologue.

Some people loved the self-deprecating sketch, where Kerry Washington — as the show’s only woman-of-color option — played Michelle Obama, Oprah Winfrey and nearly Beyonce in one live scene. Still others thought it was tone deaf and a bit of a middle finger to a serious issue. Zamata popped up soon thereafter, as did two African-American female writers. The controversy went away soon after.

Low: “I’m a Slave for You”
And then another controversy on the same topic arose. Another product of the show’s search for a black woman is Leslie Jones, who along with LaKendra Tookes was hired as a writer from the auditions.

Shortly after coming aboard, Jones performed as herself on “Weekend Update,” as writers occasionally do — but the result brought more racially based criticism to the show. The comedian was ribbing Lupita Nyong’o being named People magazine’s most beautiful person, saying she herself would’ve been the most sought after woman during the slave days.

Many weren’t laughing, including Ebony’s editor-in-chief.

In the digital clip, host Andrew Garfield was forced to go on the run — a la “24” and Jack Bauer — from mysterious forces after he had the nerve to tell his friends that the pop diva “is so good — but I’m not a huge fan of that one ‘Drunk in Love’ song, though.” When Garfield was chased down by the murky “Beygency,” his identity was erased.

Some called it the best sketch in the show’s history. It was not that, but it was good.