Amy Poehler is teaming up with NBCUniversal for a new unscripted original series, “The Gentle Art of Swedish Death Cleaning.”

The series, which will stream on Peacock, is based on the book by Margareta Magnusson. It will feature people who are at a major crossroads and need to get their houses and lives in order. A Swedish “Death Cleaner” will help organize and demystify homes, lives and relationships, allowing us to prepare for death while we enjoy life.

The Swedish Death Cleaner is meant to “turn each home upside down as they uncover and undo decades of collecting,” a news release states, adding: “With their distinctly Swedish sensibility, they liberate each person from the clutter in their lives, and allow them to pass on treasured mementos — and the deeply personal stories behind them — to their family, friends, or neighbors.” 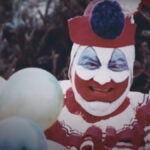 Poehler’s Paper Kite Productions is working with Scout Productions, the creators of “Queer Eye,” to develop the series. In addition to her role as producer, Poehler will narrate each episode of the series.

“We are so excited to work on such a life affirming project with the genius creators at Scout,” said Amy Poehler. “Swedish Death Cleaning reminds us to focus on what is truly important, and we couldn’t find a better team to take this journey with than Peacock and the incredible Scout Team.”

The series is also co-produced by Universal Television Alternative Studio, a division of Universal Studio Group. 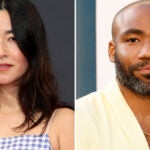 This is not Poehler and NBC’s first foray into Swedish-inspired content. In 2014, the “Parks and Recreation” alum produced the comedy “Welcome to Sweden,” which starred her brother Greg, for the network. The series followed an American who decided to move to Sweden for love, only to discover that not being able to speak the native language was the least of his worries. “Welcome to Sweden” ran for two seasons.