Glover announced the series in February of 2021, which he was originally set to star in opposite the Emmy-winning “Fleabag” breakout Waller-Bridge. But by September, Waller-Bridge had exited the show over creative differences. 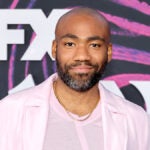 Erskine co-created the Hulu comedy series “Pen15” in which she co-starred with Anna Konkle. She also has a role in the upcoming “Obi-Wan Kenobi” Disney+ series.

The “Mr. and Mrs. Smith” series is based on the 2005 film starring Angelina Jolie and Brad Pitt as a married couple who discover each is a spy. Doug Liman directed that feature, which grossed nearly $500 million worldwide.

Amazon Studios is producing the Prime Video adaptation with New Regency, the studio behind the film.

Glover is currently celebrating the release of the long-awaited “Atlanta” Season 3, which is rolling out weekly on FX and Hulu. Season 4 of the acclaimed series is already in the can and will be released later this year, bringing his groundbreaking comedy show to an end.

Glover and Waller-Bridge had previously worked together on “Solo: A Star Wars Story,” and their reunion on “Mr. and Mrs. Smith” was anticipated by many. The “Community” star addressed her exit in the same Interview discussion (in which he interviewed himself), saying it was due to “classic creative differences.”

Erskine’s potential involvement was first noted by The Illuminerdi.