Fortunately her crude response didn’t come back to bite her in the ass on Thursday night.

The pair came cheek-to-cheek (pardon the pun) in a PG-13 rated meeting at GQ‘s star packed “Men of the Year” bash at the Chateau Marmont in Hollywood. 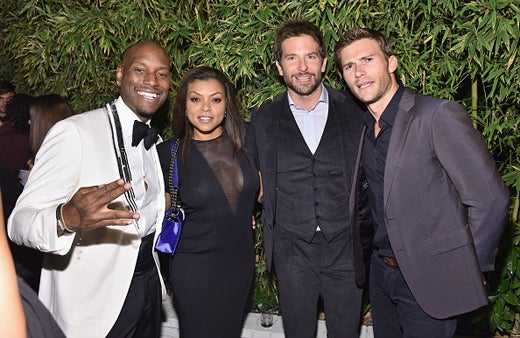 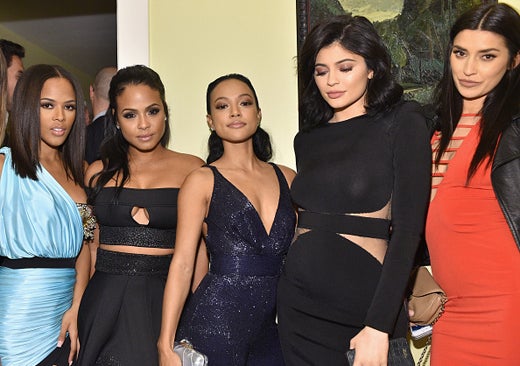 The star-filled gathering put a coda on some of the year’s highly discussed moments. Meek Mill tried to lasso Drake on claims of ghostwriting this summer, but on Thursday he posed for photos with Drake‘s very-hot-at-moment mixtape collaborator Future. 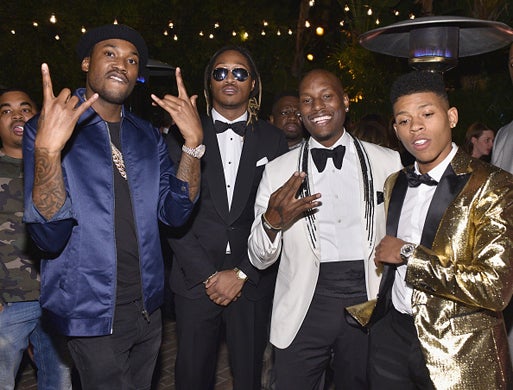 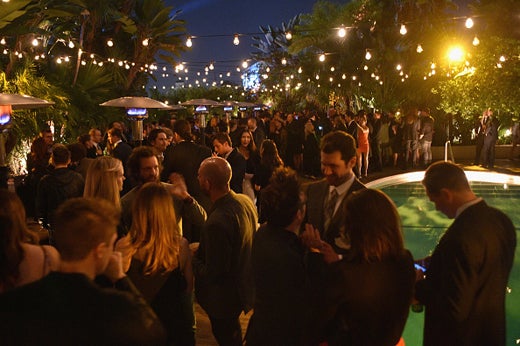 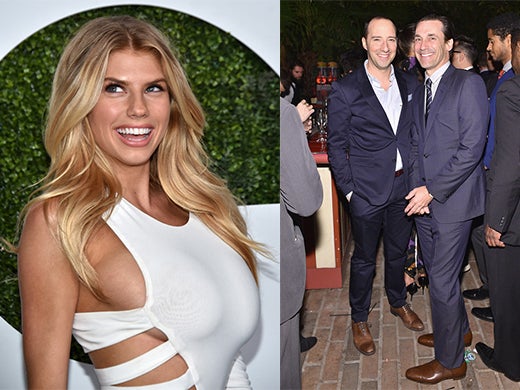 After the San Bernardino shooting rampage dominated the headlines, Paris train hero Airman Spencer Stone was celebrated in Hollywood. Stone is one of the three friends who thwarted a terrorist attack on a train heading from Amsterdam this August, and can now be counted amongst the those who probably never thought they would be slotted between Sarah Silverman, French Montana, and the bombshell from Carl’s Jr.’s Super Bowl ad, Charlotte McKinney, at the elite gathering above Sunset Boulevard.

The roaming casts of “How to Get Away with Murder” and “Empire” attended GQ‘s soiree, with the hip-hop drama’s matriarch Taraji P. Henson also on scene, spending time with Anthony Anderson. 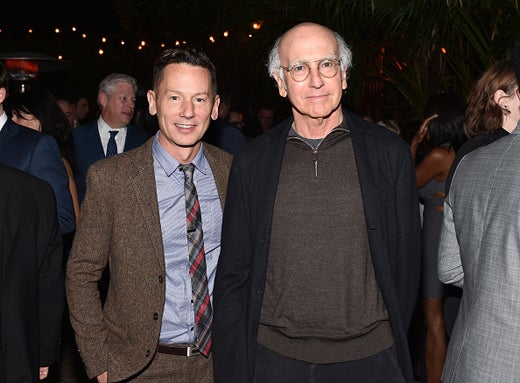 GQ‘s draw of the trending personalities of 2015 is more impressive when considering how this bash stands alone. Unlike its corporate cousins, Vanity Fair’s Oscar Party and Vogue’s collaboration with the CFDA Fashion Fund Awards each June, editor-in-chief Jim Nelson and creative director Jim Moore’s marquee party is uncoupled from any mainstream pop culture event as an anchor. 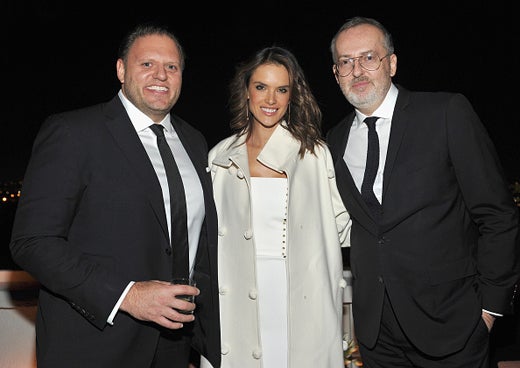 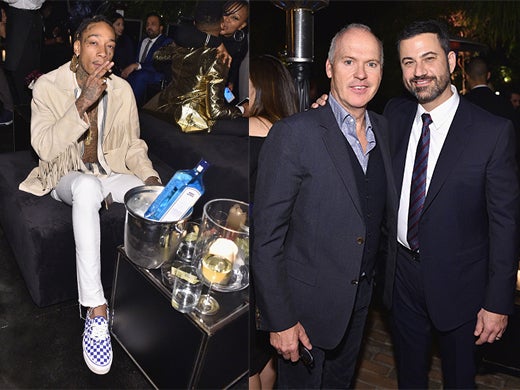 The most solid human anchor of the night was Wiz Khalifa. He’s an artist who before this year’s “See You Again” was still solidly middle class (in the hypothetical spectrum where a “middle class” exists amongst a universe of Top 40 stars) and on Thursday, he lived up to his old hit “Roll Up” in more ways than one. 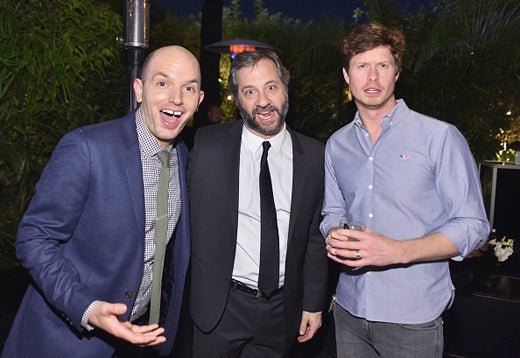 First, everyone wanted to roll up as in “hang with” the tattooed guy with the bare chest under the light suit. 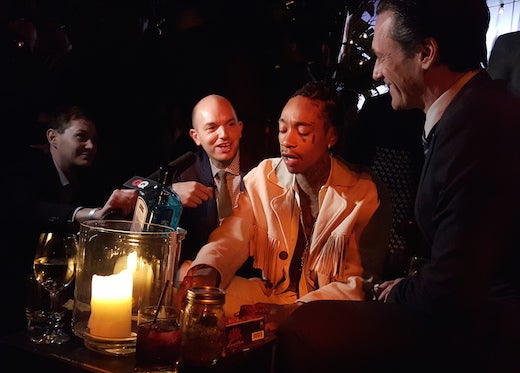 In one of the most eye-catching couplings of the night, Wiz welcomed Paul Scheer and Jon Hamm to his prime couch near the DJ, where he had been nodding along to 2Pac to A Tribe Called Quest classics with a personal bottle of Bombay and a mason jar full of weed. Nearby, a red grinder the size of a coke can came in handy for Wiz to be chain smoking joints and the “Black and Yellow” singer proved he deserves all 1.8 million views for his popular Jacuzzi-based instructional videos.

I’m almost positive Hamm and Scheer did not know of the alternate menu and neither partook of the hospitalities. Scheer told me it would be too strong, and then retreated to the more creatively safe confines of Judd Apatow over on the patio. 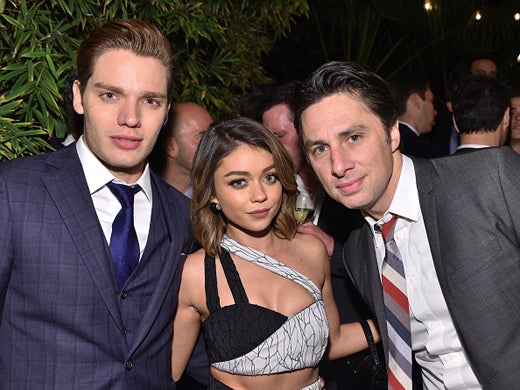 GQ contributor and one half of fashion power couple Eric Ray Davidson pulled triple duty, not just shooting for the issue and on-site at the pool, but also helping to rescue a fumbled phone that went for a swim in the pool. 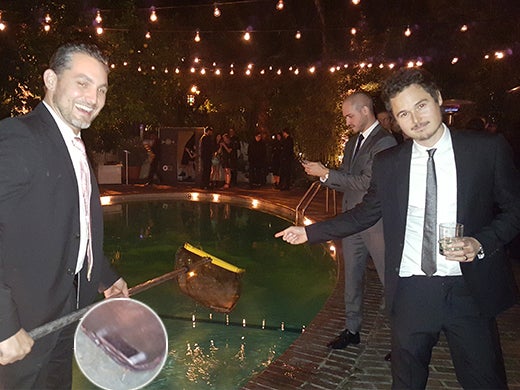 Still fresh from Miami’s Art Basel, DJ Myles Hendrick stepped the crowd down gradually, moving inside Bungalow 1 as the night went late, before capping the party with Adele’s “Hello”. 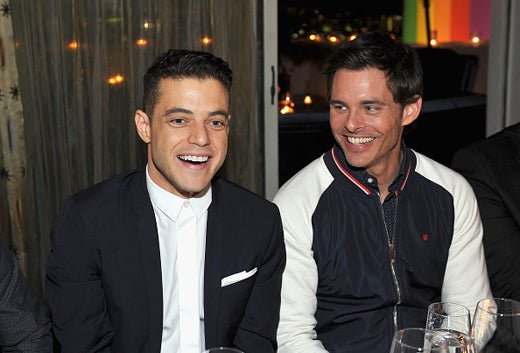 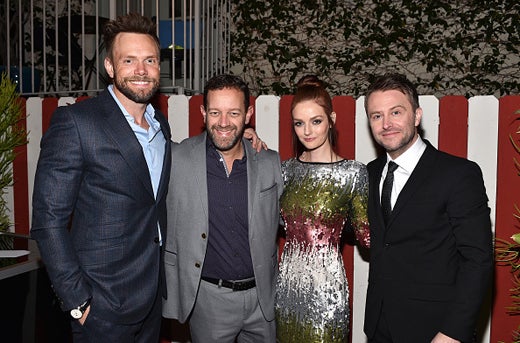 With Keaton, Russell, and Cooper in the mix at GQ, the hint of the heart of awards season to come was in the air. 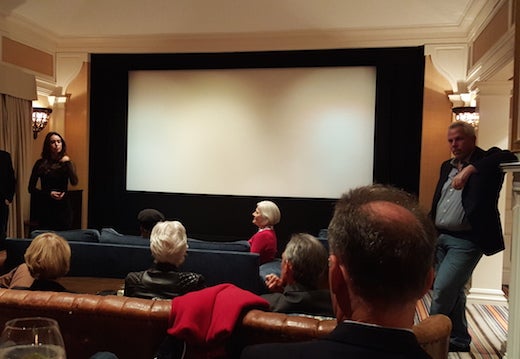 Earlier in the night, 20-something Vanessa Block screened her Oscar shortlisted documentary “The Testimony” at the home of her producer partner, Steve Tisch. Block, making her first film, told the friends and family crowd that included fellow documentarian Amy Ziering (“The Hunting Ground”) of keeping one eye in the viewfinder and one on potential armed ambushes while documenting the systemic military rape of destitute villagers in the road-less backcountry of the Eastern Congo.

In contrast to the good times on a busy Thursday night before the holidays, this unambiguously conforms with the “dead serious” theme that TheWrap’s Steve Pond noted at the time of the Academy’s shortlist announcement.