This story about Amy Schumer and “Life & Beth” first appeared in the Comedy & Drama issue of TheWrap’s awards magazine.

Amy Schumer has been thinking about empathy, and it shows. The stand-up comedian and actress broke into new territory in 2022, co-hosting one of the most unintentionally dramatic Oscar ceremonies of all time, and more importantly creating, co-writing, co-directing, producing and starring in Hulu’s “Life & Beth.” The series, which borrows heavily from Schumer’s own adolescence, focuses on Beth, a woman approaching 40 with a good job, a handsome boyfriend and a strange hollowness inside. After a surprising turn of events, Beth finds herself struck by flashbacks from her youth and both she and the audience delve deep into the trauma that set the character on this path so long ago.

“Life & Beth” is one of several works in recent memory that explores the experiences of teen girls with the clear-eyed seriousness the subject deserves, rather than the marginalization that so often comes in stories of young women. And while the flashbacks work as period pieces, as they do in like-minded projects including “PEN15” and “Lady Bird,” it was a tale of modern adolescence that got Schumer thinking about her past. “I was pregnant and I watched Bo Burnham’s movie ‘Eighth Grade’ and loved it,” Schumer said. “I just realized it’s so important to empathize with ourselves at that age, which I hadn’t really done. I had so much trauma at that age. I think a lot of people do. Those early traumas shape who you’re going to be.” 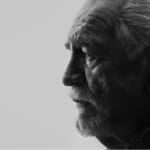 Schumer has given a lot of thought as to why those traumas cut so deep and scar so significantly, remembering how she felt invincible, happy and confident in a childhood that would come to include antisemitism, her family’s bankruptcy and divorce. “There are these little things that chip away at you and then some big things that take a full bite out of you,” she said. “You get back up and try to get your bearings again, try to figure out who you are, but once you’re on that train it feels like it never stops. You’re just waiting for those big, awful, humiliating moments again. It’s really sad. And some people just don’t recover at all.”

In Schumer’s case, it took an acupuncture appointment to unlock the pain that had plagued her body for decades. Her acupuncturist saw a scar on Schumer’s leg from a teenage surfing accident that required dozens of stitches, and told her that all of her back pain, ruptured discs and herniated discs were radiating from her scar — that her body was trying to protect itself. “He said, ‘Oh, it’s totally from this scar. This is causing all your other pain.’ And I had never dealt with the pain. There was no rehab for my leg back then, I just went back to playing volleyball and never addressed that traumatic injury.

“It was so interesting to me. It was more than a metaphor. I felt like, if you don’t deal with your trauma, it’s gonna kill you. And you’re gonna find yourself doing the old things you used to do as a defense mechanism and they won’t work anymore.”

A similar scar is also central to Beth’s journey in the series, though hers is inflicted by a boating accident. Writing the scar into her show was one of several ways that Schumer exorcised her own pain through “Life & Beth.” She also reconsidered her tumultuous relationship with her mother during the show’s conception. “I was a new mom, and being a parent is so hard,” said Schumer, who gave birth to a son in May 2019. “You want to be perfect. I was able to reach a new level of forgiveness with her and empathize with her more. It felt really good to let go of that.”

Motherhood has given Schumer a new level of empathy, both for herself and for others, as she watches her son run headlong into the world that she can’t always protect him from. “Seeing him around other kids on the playground, somebody starts to play with him and he’s excited and then they get into a little thing,” she said. “All those dynamics are there from such a young age. You think you have a new friend and then they’ll just come up and hit you. I feel so vulnerable and raw about it. It’s just with you all the time.”

These days, though, Schumer finds herself mothering more than just her son. “‘Love yourself like you’re your own mother’ is a phrase that really stuck with me,” she said. “You can be so empathetic and supportive of your friends. And then when it comes to yourself, it’s so hard. I know other people who have not let go of trauma and anger from that age and it’s hurting them. People have different opinions about therapy but I do think it’s good to process things and empathize with yourself.”

Making “Life & Beth,” on which Schumer wrote six and directed four of the first season’s 10 episodes, she was determined to make the experience safe and supportive for the young actresses involved, particularly Violet Young, who plays young Beth. “My main goal was to not traumatize these young people on set,” she said. “Life is gonna get at them, but not at my hand. Seeing Violet process some of her own stuff at her age, I wish I could protect her. Especially because I think she’s gonna have a really long, great career and everything that’s going to come with that. It’s all excitement for her, but she’s a deep thinker. Smart. She’s further along than I was at that age with her understanding of the world.” 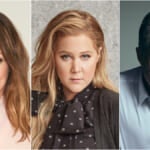 At this point, it seems like Schumer also has a pretty good handle on the world. Hulu picked up “Life & Beth” for a second season, giving the artist another shot at spreading compassion. “All those humiliating moments, it’s still with me all the time,” she said. “But I have found a lot of healing in talking about it and sharing. It’s so embarrassing and shameful, but sharing those things I’m ashamed of is really helpful to me. And I think it’s helpful to some other people, too.”