Jerry Seinfeld’s movie at Netflix called “Unfrosted: The Pop-Tart Story” about the origin story of the Pop-Tart has added a tasty cast of some of the comedian’s funniest friends.

The film is set in Michigan in 1963 and follows the companies Kellogg’s and Post, sworn cereal rivals, who race to create a pastry that will change the face of breakfast forever. The comedy film is described as a tale of ambition, betrayal, sugar and menacing milkmen. 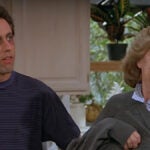 Seinfeld in a Netflix special performed a bit about when he as a kid discovered the Pop-Tart and “the back of my head blew right off.” You can watch it here.

Melissa McCarthy was recently seen in “God’s Favorite Idiot” and her HGTV series “The Great Giveback.” She’ll soon be seen in the live-action “The Little Mermaid.” She’s represented by CAA and MGMT Entertainment. 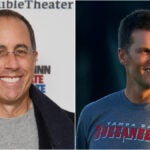