Comedian and “Los Espookys” co-creator Ana Fabrega has joined the cast of Warner Bros. and Plan B’s “Father of the Bride” remake alongside star Andy Garcia, an individual with knowledge of the project told TheWrap. The film will be released on HBO Max.

Gaz Alazraki is directing the film that will revolve around a Cuban-American family. Screenwriter Matt Lopez is writing the script, drawing from his experience of years of attending Cuban weddings. 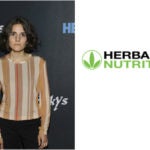 “Father of the Bride” was a remake of the 1950 original film that starred Spencer Tracy and Elizabeth Taylor. The 1991 version of the film starred Steve Martin as George Banks, a doting father who is reluctant to let go of his daughter when he discovers she’s getting married, and Diane Keaton as George’s wife, Nina. 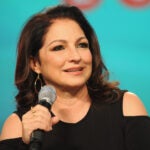 Ana Fabrega is a Brooklyn-based comedian who co-created, co-wrote and stars in the HBO show “Los Espookys,” currently in production on Season 2. She previously wrote on truTV’s “The Chris Gethard Show” and has appeared on IFC’s “Portlandia,” HBO’s “High Maintenance” and truTV’s “At Home with Amy Sedaris.”