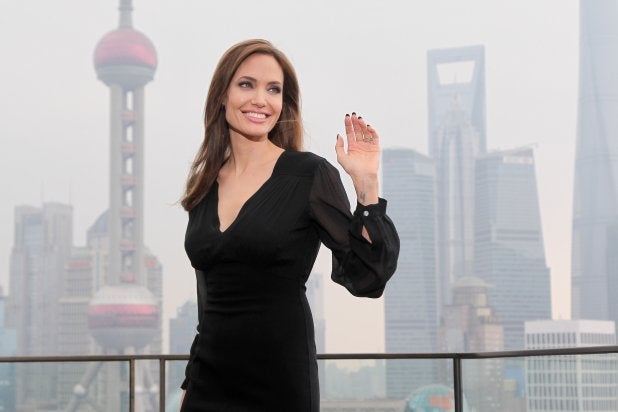 With one answer to one question, “Maleficent” star Angelina Jolie found herself in hot water during her promotional tour in China. During a press conference, she was asked to name her favorite Chinese director.

She cited “Brokeback Mountain” director Ang Lee, but then added, “I am not sure if you consider Ang Lee Chinese. He’s Taiwanese, but he does many Chinese-language films with many Chinese artists and actors, and I think his works and the actors in his films are the ones I am most familiar with and very fond of.”

Also read: ‘Maleficent’ Reviews: Angelina Jolie Delivers – But Does the Rest of the Movie?

Some Chinese natives were offended by Jolie’s implication that Taiwan and China are separate countries, according to The Independent. In 1949, after the Chinese civil war, the Nationalists established a rival government  on the island of Taiwan. While Taiwan has been independent since then, China still claims sovereignty over it. Since 2008, relations have improved between the two, but tensions have by no means been eradicated.

Lee was born in Pingtung, in southern Taiwan, though he is now an American citizen.

See photos: The Evolution of Angelina Jolie: From a ‘Girl, Interrupted’ to a Disney Villain Reconstructed

The social media response in China was immediate after Jolie’s comments, with some calling for a boycott of her films, according to The Independent. Others called her work “traitorous,” while Jolie was dubbed a “deranged Taiwan independence supporter.”

“By implying that Taiwan and China are two separate countries, in a moment of excitement, a brilliant woman became a stupid laughing stock,” one Chinese Weibo user said of Jolie, according to The Independent.

The response in Taiwan has been the exact opposite, with one user on social media calling Jolie a “brave and brilliant woman,” according to The Wall Street Journal. Another woman in Taiwan took to Facebook to add, “[Jolie’s] comment about Ang Lee being Taiwanese shows she fully deserves to be the Goodwill Ambassador for the UN. She is not afraid to tell the truth.”

See video: Angelina Jolie Does All Her Own Stunts in the ‘Maleficent’ Behind-the-Scenes Look

Jolie was likely not trying to incite any controversy with her answer. In fact, it could be argued that she was trying to be very careful in her choice of words, but it backfired on her. The relationship between China and Taiwan is a complicated issue, and one that’s not easily understood by those looking in from the outside.