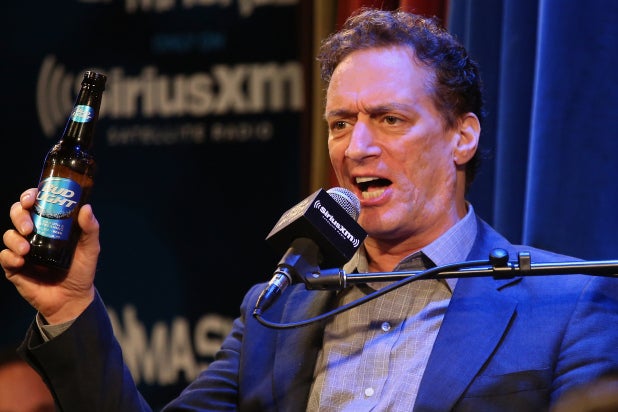 Cumia claimed Tuesday that an African-American woman assaulted him in Times Square. In retaliation, he posted her photo and called her a string of profanities on Twitter including the c-word and “savage,” which triggered his firing.

Many loyal fans vented their frustration on social media by tweeting screenshots of their service cancellation emails, and wrote hashtags of support including #IStandWithAnthony and #CancelSiriusXM.

Cumia retweeted many of the tweets before scrubbing most of his entire Twitter feed, including the controversial comments that led to his termination at the satellite radio station.

“So @Anthonycumia gets fired by #Siriusxm. I cancelled my subscription,” tweeted fan Mike Kubick.

“How Sirius handled this was ABOMINABLE,” tweeted another outraged fan.

Cumia was taking photos in Times Square on Tuesday when he was allegedly assaulted by an African-American woman who didn’t want her picture taken, triggering his tirade.

“SiriusXM has terminated its relationship with Anthony Cumia of the Opie & Anthony channel,” Patrick Reilly, senior vice president, Communications, SiriusXM told TheWrap earlier this week. “The decision was made, and Cumia informed, late Thursday, July 3 after careful consideration of his racially-charged and hate-filled remarks on social media.”

It was unclear exactly how many fans had cancelled their subscriptions. It was also unknown if Cumia’s  longtime partner Gregg “Opie” Hughes will remain on the air following the move. On Thursday, he asked his Twitter followers if he had missed anything.

Just spent a glorious day photographing the Wood Covered Bridges of Vermont. Did I miss anything?

Read the tweets of outraged fans:

I have always supported the O&A show, since ’98, and have seen it all for them, but, how Sirius handled this was ABOMINABLE #CancelSiriusXM