The film is currently in production in Canada and also stars Wunmi Mosaku, Kaniehtiio Horn and Charlie Carrick.

“Alice, Darling” is directed by Mary Nighy in her feature film directorial debut. The thriller is written by Alanna Francis; produced by Katie Bird Nolan, Lindsay Tapscott, Christina Piovesan and Noah Segal; and executive produced by Kendrick and Sam Tipper-Hale. 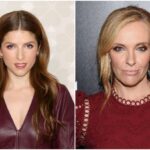 “Alice, Darling” centers on Alice (Kendrick), who is behaving strangely and keeping secrets about her mercurial boyfriend (Carrick) from her two best friends (Mosaku and Horn). When the three friends take a girl’s trip out of town, all secrets are revealed when a local girl goes missing and Alice’s boyfriend arrives unannounced.

Lionsgate will handle worldwide distribution of the film, except in Canada, which will be handled by Elevation.

Kendrick most recently starred in the HBO Max series “Love Life” and Netflix’s feature “Stowaway.” She also reprised her voice role as Poppy in “Trolls World Tour” and received acclaim for her performance in Lionsgate’s “A Simple Favor.” She is represented by CAA, Range Media Partners and Morris Yorn Barnes Levine Krintzman Rubenstein Kohner & Gellman.