Anne Douglas, the widow of Kirk Douglas and a former film publicist, has died at the age of 102.

She died in her Beverly Hills home on Thursday, according to The Hollywood Reporter.

“She brought out the best in all of us, especially our father,” stepson Michael Douglas said in a statement to THR. “Dad would never have had the career he did without Anne’s support and partnership. Catherine and I and the children adored her; she will always be in our hearts.” 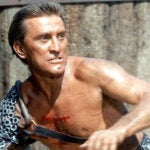 Douglas worked for director John Huston as a location scout and assistant on 1952’s “Moulin Rouge,” and then served as the head of protocol at the Cannes Film Festival from 1953 to 1956. She served as a publicist on Kirk Douglas’ “Ulysses” (1954) and received a producer credit on “Peg Leg, Musket & Sabre” (1973) and “Posse” (1975), which were both directed by and starred her husband.

Born on April 23, 1919 in Hanover, Germany, Douglas attended boarding school in Switzerland following her parents’ divorce. She met and married a Belgian man named Albert Buydens, and during World War II, the two fled to Belgium and moved to Paris. There, she got a job writing German subtitles for films, and was hired in 1948 to produce a program for NBC titled “Paris Cavalcade of Fashion.”

She met Douglas when she was still married to Buydens, and Douglas, who was just recently divorced from actress Diana Dill, offered her a job as her assistant, which she initially declined. 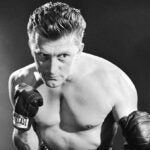 Douglas was always philanthropic: she established the Research for Women’s Cancers, which raised millions of dollars to help finance a research facility at Cedars-Sinai Medical Center in Los Angeles. In 2012, Anne and Kirk Douglas also pledged $50 million to give non-profit organizations,  including the Motion Picture & Television Fund, through their Douglas Foundation. In 2015, the pair donated $15 million to the MPTF home.

Anne and Kirk Douglas had two children: Peter and Eric Douglas, the latter of who died in 2004.