NBC’s “Annie Live!” has recast “Smash” star Megan Hilty in the role of Lily St. Regis after Jane Krakowski, who was originally given the part, was diagnosed with a breakthrough COVID-19 case.

Per NBC, Krakowski contracted COVID-19 “while working on a separate project in Ireland despite being double vaccinated, a regular testing process and abiding by protocols.” 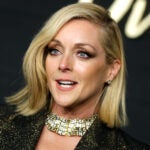 Krakowski’s inclusion as the ditzy girlfriend of Miss Hannigan’s slick brother Rooster was going to mark an “Unbreakable Kimmy Schmidt” reunion between her and Burgess. 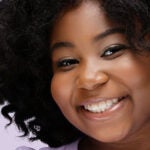 “I am beyond thrilled to join this all-star cast, crew & creative team!” Hilty said in a statement Friday. “My family and I have been super fans of ‘Annie’ for as long as I can remember and we always look forward to the epic televised musicals produced by Bob Greenblatt & Neil Meron, so to be a part of this particular production is an honor and a dream come true. I wish Jane the speediest of recoveries and hope to do her proud!”

Hilty is best known for her role as Ivy Lynn in NBC’s musical drama “Smash.” The Tony nominee’s other credits include Lifetime’s “Patsy & Loretta,” Bravo’s dramedy “Girlfriend’s Guide to Divorce,” Hulu’s “Difficult People,” the final season of CBS’ “The Good Wife” and “The Good Fight” for CBS All Access.

She is represented by Randi Goldstein and Nick Collins at The Gersh Agency.

Deadline first reported the news that Hilty was stepping in for Krakowski in the NBC musical event “Annie Live!”