Anthony Anderson guest hosted “Jimmy Kimmel Live” this Tuesday and he had plenty of cracks about the NBA finals, which kicked off game 1 tonight.

Anderson joked Kimmel was off “having a white boy summer” when he guest-hosted Kimmel’s post-NBA finals show on Monday. Comedian Wanda Sykes is hosting Kimmel’s regular show this week since he’s on his annual summer break.

This year’s NBA finals is the Milwaukee Bucks versus the Phoenix Suns, or, as Anderson put it, “the battle of the cheap connecting flights!”

“Phoenix has never won an NBA championship,” Anderson pointed out. “But they do win the award for least creative team name. The Suns? You know who else has a sun? Literally every other city in the world.” 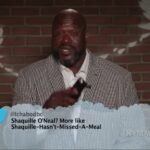 This prompted Anderson to think about what basketball teams have the weirdest names, and what he’d rename them to, if given the chance. “The truth is a lot of NBA team names don’t make any damn sense, like my Los Angeles Clippers,” Anderson said. (Anderson is a big Clips fan.) He turned to Kimmel’s regular sidekick Guillermo Rodriguez and asked him if he had any idea what a Clipper is — which he didn’t.

“Our team should be named after something we have a lot of here,” Anderson said. “So – instead of the LA Clippers, I’m going to dub us ‘The LA Purse Chihuahuas.'”

Anderson had a few other ideas for new NBA team names, and couldn’t miss a chance to dunk on New York City rent prices. “The Nets? That says nothing about what it’s like to actually live in Brooklyn today. So, the Brooklyn Nets are now ‘The Brooklyn bearded dude with six roommates.'” 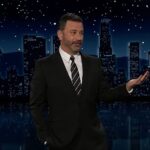 “The Cleveland Cavaliers? No one knows what the hell a Cavalier is. So – they’re now ‘LeBron’s Old Team,'” Anderson said.

He also pointed out that “there is absolutely no Jazz in Utah,” so the Utah Jazz NBA team name doesn’t make much sense either. “Probably because there is like one black guy in Utah,” Anderson quipped. “In fact – let’s name the team after him. The Utah Jazz – is now ‘The Utah Dayquan.’ Good work Dayquan . Keep it up brother.”

And Anderson didn’t mince words when it came to any Houston fans in the audience — “The Houston Rocket lost 55 games this year. So I’m not even bothering to rename them,” he said. “We’re just going to turn their arena into one of those pop-up Halloween stores, sell some sexy ref costumes and try again next year.”

We’ll include video of the gag as soon as ABC makes it available. In the meantime, for those of you curious about the origins of these weird NBA team names: 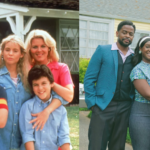 Also Read:
13 Things You Didn’t Know About ‘The Wonder Years': From Kevin’s First Kiss to the ABC Reboot (Photos)

The Clippers started out in 1970 as the Buffalo Braves, but changed their name to Clippers after moving to San Diego in 1978 in tribute to all the sailboats there. When they moved to LA in 1984, they kept the name.

Meanwhile, the Utah Jazz used to be the New Orleans Jazz, until a combination of tax worries and lack of local corporate sponsors led the owner to relocate the team to Salt Lake City in 1979.

Finally, Cleveland Cavaliers landed on their name randomly: When the team was created during the 1970 NBA expansion, they held a naming contest (guess the winning entry). Also, the “cavaliers” was the nickname for upper class supporters of King Charles during the English civil war; his son, Charles II, was known for a court filled with artists and similarly minded people, and as a result the term eventually morphed into what amounts to a synonym for fashionable, aloof hipsters.