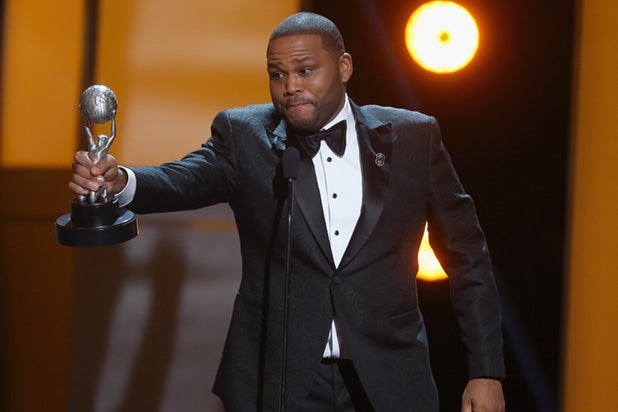 Anthony Anderson will continue to host the NAACP Image Awards for at least another two years.

“I look forward to the NAACP Image Awards each year! The NAACP Image Awards always delivers an epic evening with the best of the best across film, TV, music and literature,” the actor said in a statement. “It is a privilege and honor to be asked back to host for the next two years — there is no doubt that this year’s show is going to be magnificent. I may even have a few surprises up my sleeves!”

Also read: 'Black-ish' Star Anthony Anderson on Emmy Nomination: 'I Wanted to Scream ... But I Was Walking Through Security'

The 2016 ceremony will take place on Feb. 5 at California’s Pasadena Civic Auditorium and will be broadcast live as a two-hour special on TV One. Reginald Hudlin and Phil Gurin will serve as executive producers as part of a three-year deal.

The NAACP Image Awards celebrates the accomplishments of people of color in the fields of television, music, literature and film, and also honors individuals or groups who promote social justice through creative endeavors.