Universal has set release dates in 2022 and 2023 for three upcoming films from DreamWorks and Amblin, including titles led by “In The Heights” stars Anthony Ramos and Corey Hawkins.

DreamWorks’ sci-fi comedy “Distant,” which is set for release on March 11, 2022, stars Ramos as Andy, a blue-collar worker in space whose transport ship crash lands on an alien planet. With his suit’s AI (Zachary Quinto) providing no help, Andy has to find his way across the planet to find the one other survivor (Naomi Scott) before her escape pod runs out of air. 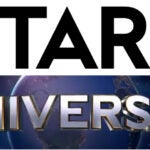 DreamWorks’ “Easter Sunday,” which is set for release on April 1, 2022, stars stand-up comedian Jo Koy as a man traveling to visit his family for Easter in a comedic ode to the Filipino American community. Amblin’s “The Last Voyage of Demeter” stars Hawkins in a story based on a chapter of Bram Stoker’s “Dracula” about a ship’s doomed voyage to London as it is haunted by a merciless presence each night. The horror film is set for release on January 27, 2023.

“Distant” is directed by Josh Gordon and Will Speck (“Office Christmas Party”) from a script by Spenser Cohen. The film is produced by Brian Kavanaugh-Jones , Fred Berger and Anna Halberg. Speck and Gordon also serve as executive producers along with Jonathan Rothbart and Matthew Hirsch. Kevin K. Vafi is co-producer. 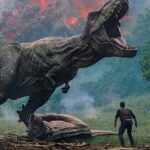 “The Last Voyage of the Demeter” stars Hawkins alongside “Game of Thrones” alums Liam Cunningham and Aisling Franciosi, as well as David Dastmalchian (“Ant-Man”). André Øvredal is directing from a script by Bragi F. Schut, Stefan Ruzowitzky and Zak Olkewicz. The film is produced by Brad Fischer for New Republic Pictures and Oscar®-nominated producer Mike Medavoy and Arnold Messer for Phoenix Pictures and is executive produced by Matthew Hirsch.