Fox News’ Tucker Carlson is at it again, saying things about Rep. Alexandria Ocasio-Cortez that can widely be taken as sexist or outright sexual harassment. And she, once again, is calling him out on it, this time hitting him back with, “You’re a creep, bro.”

Friday night, Carlson talked at length about the Democratic congresswoman from New York, whom he has nicknamed Sandy Cortez, and about the upcoming book “Take Up Space: The Unprecedented AOC,” which chronicles her political career and drops on Feb. 22.

Carlson, in particular, took AOC to task for calling herself a woman of color — which, as a Latina, she is. Sorry, Tucker. You lose that argument. Anyway, he pulled up some old Instagram videos of her to drive home his erroneous comment, saying she was just a “rich, entitled white lady.”

“There is no place on Earth outside of American colleges and newsrooms where Sandy Cortez would be recognized as a quote, woman of color, because she’s not! She’s a rich, entitled white lady,” he said. “She’s the pampered obnoxious ski bunny in the matching snowsuit, who tells you to pull up your mask, while you’re standing in the lift line at Jackson Hole. They’re all the same. It doesn’t matter what shade they are.”

AOC immediately threw it back in his face in a Twitter reply: “Any man that talks like this will treat any woman like this. Doesn’t matter if you’re Republican, Democrat, or neither, this is clearly not a safe person to leave alone w/ women. Once again, the existence of a wife or daughters doesn’t make a man good. And this one is basura,” she said, calling him “trash” in Spanish.

But he still had lots more to say that she also would not like, calling her “neurotic and silly,” and adding, “She’s far more frivolous than any 1950s housewife ever was. June Cleaver was a more serious person. At least she made dinner.” 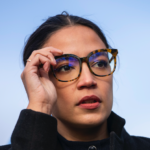 Also Read:
AOC Roasted for ‘Sexual Frustrations’ Tweet About GOP Critics: Taking Up the ‘Plight of the Super Hot’

Then he really turned up the volume, laughing at an old Instagram video of her in which she says into the camera, “I’m alone today.”

“Is it just us or does that sound like an invitation to a booty call?” Carlson asks. “Maybe one step from ‘What are you wearing?’ Either way it’s a little strange, definitely over-sharing.”

It goes without saying but AOC took offense.

“Remember when the right wing had a meltdown when I suggested they exhibit obsessive impulses around young women? Well now Tucker Carlson is wishing for…this on national TV,” she wrote. “You’re a creep bro. If you’re this easy w/ sexual harassment on air, how are you treating your staff?” 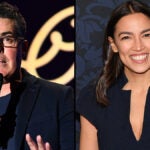 This, by no means, is the first run-in these two have had. Around this time last year, he went off on her just about every night after she shared her account of the insurrection at the U.S. Capitol on Jan. 6. One such rant included a collection of photos in which her image was digitally inserted.

You can check out exactly what he had to say this time around in the video below.