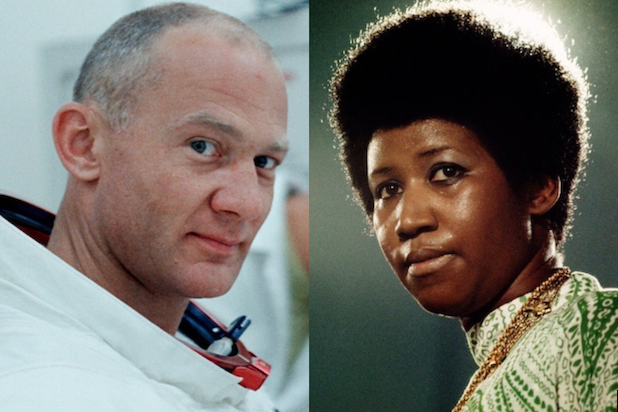 The Aretha Franklin documentary “Amazing Grace,” the moon-mission chronicle “Apollo 11” and the first film from Barack and Michelle Obama’s production company, “American Factory,” have made the short list for the International Documentary Association’s 2019 IDA Documentary Awards, the IDA announced on Thursday.

The announcement narrows the field to 30 feature films and 21 shorts that will move on to a second round of voting.

The IDA’s short list of 30 feature films contains 10 films that were on DOC NYC’s recent 15-film list of the year’s likeliest nonfiction awards contenders: “American Factory,” “The Apollo,” “Apollo 11,” “The Biggest Little Farm,” “The Cave,” “Diego Maradona,” “The Edge of Democracy,” “For Sama,” “Honeyland” and “One Child Nation.”

The films that made the DOC NYC list but did not end up on the IDA’s list are “Ask Dr. Ruth,” “The Elephant Queen,” “The Great Hack,” “The Kingmaker” and “Knock Down the House.”

Other high-profile documentaries bypassed for the IDA Awards include “Maiden,” “The Black Godfather,” “David Crosby: Remember My Name,” “5B,” “Mike Wallace Is Here” and “Where’s My Roy Cohn?”

The list is global in scope, with 11 films from outside the U.S. and nine that are U.S./international co-productions.

Shortlisted short films include “Lost and Found” from Oscar-winning director Orlando von Einsiedel (“The White Helmets,” “Virunga”) and “Easter Snap” from Oscar-nominated RaMell Ross (“Hale County This Morning, This Evening”). Other shorts on the list include “In the Absence,” “Learning to Skateboard in a Warzone (If You’re a Girl),” “The Nightcrawlers” and “St. Louis Superman.”

The short lists were compiled from 375 eligible doc features and 153 shorts by screening committees of filmmaking and industry professionals assembled by the IDA. Additional nominating committees will choose up to 10 nominees in each category, and the nominations will be announced on Wednesday, Oct. 23.

The IDA Documentary Awards will take place on Saturday, Dec. 9 on the Paramount Pictures lot.