Apple Original Films is partnering with A24 on the release of “The Tragedy of Macbeth,” a Shakespeare adaptation starring Denzel Washington and Frances McDormand that is written and directed by Joel Coen.

The film is the latest in the partnership between Apple and A24, which previously partnered on the release of “On the Rocks” from Sofia Coppola.

“The Tragedy of Macbeth” will be released in theaters later this year and will then launch on Apple TV+. 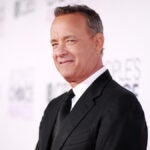 Coen is also producing the film alongside McDormand and Robert Graf. “The Tragedy of Macbeth” was one of the five films with A24 that Scott Rudin was listed as a producer on until he stepped away from his film work, and he is now no longer attached to the project.

“The Tragedy of Macbeth” reunites frequent Coen collaborators including Bruno Delbonnel as the cinematographer, Mary Zophres as costume designer, and a score from Carter Burwell.

Apple will also release the upcoming A24 film “The Sky is Everywhere,” a YA adaptation directed by Josephine Decker and starring Grace Kaufman, Cherry Jones and Jason Segel. 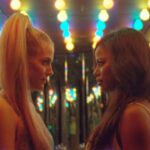