Skydance Media is partnering with Apple on a multiyear, first-look film deal to develop, produce and distribute an annual slate of live-action films globally.

The deal is specifically for live-action features, and Apple and Skydance already have several films in the works — including “Ghosted” with Chris Evans and Ana de Armas, which begins principal photography next month, and “The Greatest Beer Run Ever” from “Green Book” director Peter Farrelly and starring Zac Efron and Russell Crowe (which recently wrapped production).

Skydance, which previously had a first-look deal with Paramount, will continue to produce its ongoing franchises with that studio, including “Mission: Impossible,” “Transformers” and “Star Trek,” as well as this summer’s “Top Gun: Maverick.” Skydance is currently in production “Transformers: Rise of the Beasts” and the next two “Mission: Impossible” films. 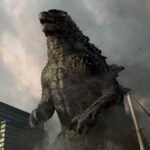 In addition to the live-action features, Apple and Skydance also have an ongoing multiyear partnership on animated films and series and will soon release two features, including “Luck” and “Spellbound,” as well as the first two seasons of the animated series “The Search for Wondla” and the animated short film “Blush.”

Finally, Skydance is behind Apple’s sci-fi spectacle series “Foundation,” based on Isaac Asimov’s novel, as well as the upcoming “The Big Door Prize” from David West Read.

Skydance released both “The Tomorrow War” via Amazon Prime Video last year and “The Old Guard” through Netflix in 2020, and both films have sequels in the works. Upcoming, Skydance is in production on “The Adam Project,” which is directed by Shawn Levy and starring Ryan Reynolds, Jennifer Garner, Zoe Saldana and Mark Ruffalo, and will begin production on “Heart of Stone,” directed by Tom Harper and starring Gal Gadot.