SAG Award winner and Academy Award nominee Ariana DeBose has joined “Kraven the Hunter” for Sony Pictures, according to an individual with knowledge of the project.

Deadline, which first reported the news, claims the actress will play the role of Calypso. Aaron Taylor-Johnson is set to star in the title role. The studio also locked in the actor for multiple pictures as the iconic “Spider-Man” villain.

J.C. Chandor is directing “Kraven the Hunter.” The project is being billed as the next chapter of Sony’s universe of Marvel-licensed characters. Art Marcum & Matt Holloway and Richard Wenk wrote the screenplay, while Avi Arad and Matt Tolmach are producing. 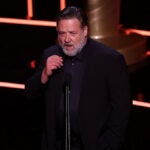 Born into Russian aristocracy, Sergei Kravinoff a.k.a. Kraven the Hunter is an obsessive big-game hunter who was introduced as a Spider-Man villain in “The Amazing Spider-Man” #15 (1964), and created by Stan Lee and Steve Ditko. As seen in the original comics, Kravinoff began his career using the typical tools of the hunter but over time he developed a preference to take down large animals with his bare hands. After meeting a Voodoo witch doctor named Calypso, Kravinoff took a herbal potion that enhanced his physical powers and gives him the strength, speed and senses to match a jungle cat. The potion also extended his life keeping his health and vitality for years to come.

DeBose can currently be seen in Steven Spielberg’s reimagining of “West Side Story,” for which she won the SAG Award and is nominated for an Academy Award and BAFTA for Best Supporting Actress. She will next appear in Matthew Vaughn’s action film “Argylle” from Apple, starring opposite Henry Cavill, Bryan Cranston, Samuel L. Jackson and Dua Lipa and will also star in Gabriela Cowperthwaite’s space thriller “I.S.S.,” alongside Chris Messina and Pilou Asbaek.