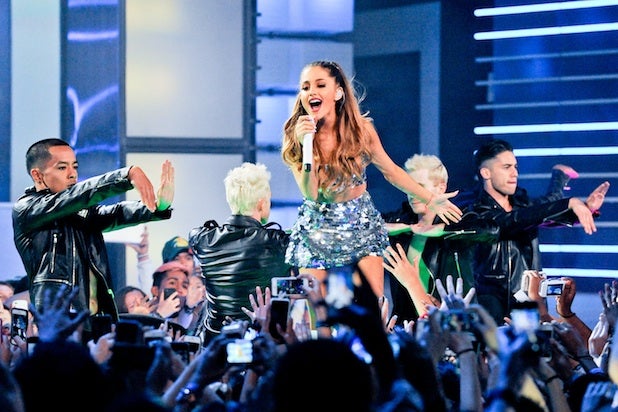 For one day only, the iconic music show returns with Ariana Grande for “Total Ariana Live.” The special will feature a scaled-down performance of her hit song “Problem.”

Hosted by MTV News’ Sway Calloway, the 30-minute program will also include a surprise announcement and a performance of Grande’s upcoming single “Breaking Free” for the first time.

“It’s a huge honor to be able to bring back a show like TRL,” Grande shared in a statement. “I used to love watching it growing up. Can’t wait to celebrate with my loves in Times Square. Might have some surprises too…”

The live special will air Wednesday, July 2 at 7 pm on MTV.