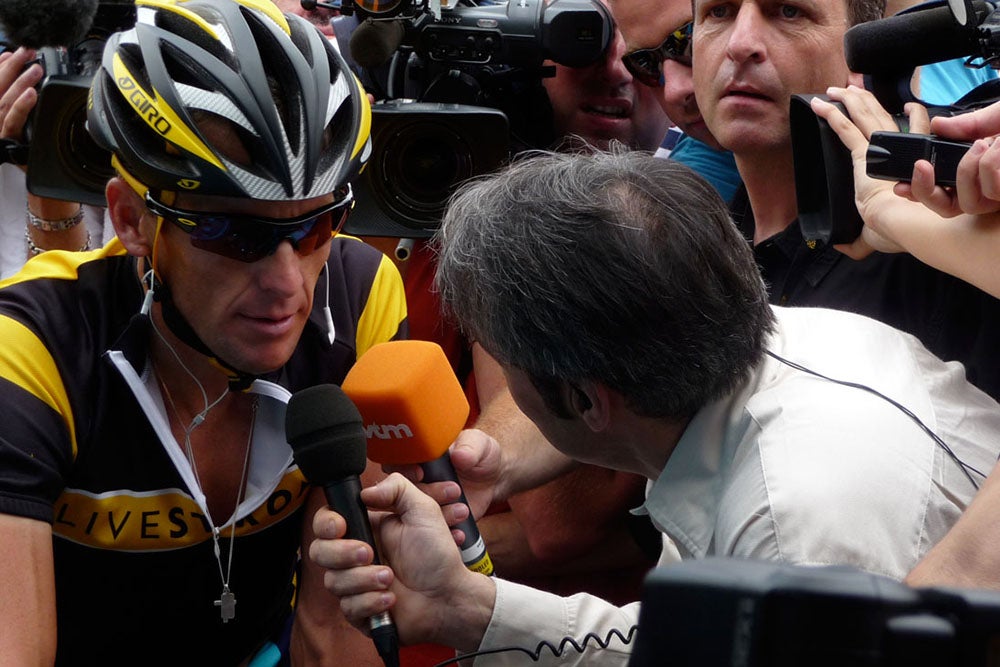 It seems almost impossible to look at the very public story of Lance Armstrong without holding some sort of opinion about the disgraced cyclist. But filmmaker Alex Gibney remains so remarkably dispassionate throughout the duration of “The Armstrong Lie” that his documentary about Armstrong’s rise and fall fails to provide meaningful perspective on the motives, much less impact of his many, many deceptions.

Approaching its subject with the same sort of emotional detachment that Armstrong brings to his confessions, “The Armstrong Lie” is generously unbiased, chronicling the events in the racer’s life with the contrition of a transgressor who expects absolution without actually earning forgiveness.

Initially enlisted to document Armstrong’s 2009 comeback, Gibney plays the cyclist’s No. 1 fan, betrayed by revelations of drug use and malfeasance, who reconnects to confront his admitted “hero” for lying to him. That Armstrong agreed to be interviewed again initially seems like a testament to his shame, but it eventually proves to be another forum for him to shape his narrative – a mea culpa to point at on the road to inevitable redemption.

Gibney juxtaposes Armstrong’s post-scandal interview with a mostly straightforward chronology of his early years, his rise to fame and his repeated triumphs competing in the Tour de France.

But like Nicholson Baker’s novel “Mezzanine,” footnotes and revelations eventually overshadow the poetic narrative of his accomplishments, and Gibney juxtaposes the boastful victor with interviews detailing not only his repeated drug use, but his relentless lying, and the denigration of anyone interested in questioning his bona fides.

But the “humbled” Armstrong too easily manages to step outside himself to acknowledge his wrongdoing and seldom expresses any compelling sincerity or remorse. Moreover, the film seems complicit in his “don’t hate the player, hate the game” attitude about doping, which personal opinions aside, fails to justify his own metastasized dishonesty, and especially the vindictiveness with which he destroyed the lives and livelihoods of his opponents.

There’s a broader critique made in the film about the worldwide deification of athletes and the lengths to which those athletes – and their benefactors — will go to protect that larger-than-life heroism. But Gibney’s personal disappointment, and his focus on the hows rather than the whys of Armstrong’s deceit, eventually undermines the possibility of finding an answer to the film’s fundamental question – namely, what drove Armstrong to mount the comeback that effectively toppled his mythic success.

Even without a personal axe to grind, it’s hard to hear the cyclist’s story and not think him a total villain, but the film miraculously – almost irresponsibly – ends without offering much judgment. Because if there is a “real” Armstrong, he remains as on-message, in control, and enigmatic at the end of the film as he did at the beginning, his motivations safely ascribed to obvious patterns of behavior, and a “we’re as responsible as he is” atmosphere of competition.