“Army of Thieves,” a by-the-numbers heist movie and prequel to Zack Snyder’s gloomy zombie caper “Army of the Dead,” traces over that previous movie without ever improving or even just replicating its lighter elements, especially its chases and safecracking shenanigans.

Starring and directed by “Army of the Dead” cast member Matthias Schweighöfer, “Army of Thieves” serves as an origin story for awkward German safecracker Ludwig Dieter (Schweighöfer) who, six years before “Army of the Dead,” was just Sebastian, a nebbish Leo Bloom–type bureaucrat. Sebastian’s routine life changes as soon as he’s recruited by free-spirited jewelry thief Gwendoline (Nathalie Emmanuel, “F9”) to break into four highly sophisticated bank vaults, each one named after an opera in Richard Wagner’s “The Ring of the Nibelung” cycle. But what should be a zippy “Army of the Dead” side-quest often feels like a by-the-numbers retread.

In “Army of Thieves,” Sebastian abandons his unfulfilling customer service job, represented by unflattering close-ups of furious pensioners, and joins Gwendoline’s crack team of wannabe burglars. You might be wondering: Why do these guys want to break into a quartet of Wagner-themed safes? Because “this is about becoming legends,” as Gwendoline boasts without conviction. 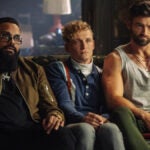 Schweighöfer’s character never develops enough to provide answers either, since he’s usually stuck doing shy-foreign-guy schtick; Sebastian is pretty much always the guy who asks Gwendoline if he’s being “spunked” when she invites him to join her safecracking gang, as if the Ashton Kutcher–led prank show “Punk’d” were still somehow a universal cultural touchstone.

Sebastian and Gwendoline also form an awkward love quadrangle with two of their fellow thieves — hothead man-of-action Brad (Stuart Martin) and flirty security expert Korina (Ruby O. Fee). This inevitably divides Gwendoline’s team, though that only really becomes a problem later on, when they inevitably must avoid being captured by preening Interpol agent Delacroix (Jonathan Cohen) and his frustrated subordinate Beatrix (Noémie Nakai).

And yet, somehow, neither Delacroix’s presence nor Brad’s competition add a great sense of urgency to the movie’s pokey (but scenic!) international chase, which kicks off in Potsdam, Germany and climaxes in Saint Moritz, Switzerland. Mostly because there’s not much chemistry between the four main leads, and their characters’ distinguishing motives are never illustrated beyond placeholder dialogue — like when Korina asks Sebastian: “So you want to make out or whatever?” That line could have worked in the context of a movie that was actually sexy enough to be coy; instead, that dangling “or whatever” feels like an admission of creative defeat. 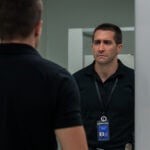 Also Read:
The 9 Best New Movies on Netflix in October 2021

A lot of the action in “Army of Thieves” also feels underdeveloped, despite being neatly labeled and underscored for the benefit of distracted home viewers. Sebastian’s descriptions of Wagner’s operas — and how they relate to his story — are predictably groan-worthy, especially when he explains to a stressed-out Gwendoline that “Wagner’s work had many themes that were important to him, but all of them touched upon love.”

That dialogue is bad, but at least it’s not as underwhelming as the succeeding dramatizations of Sebastian’s safecracking — a bunch of expensive-looking but indistinct montages of computer-animated tumblers and gears. Throw in a few slack chase scenes and some unremarkable gunplay, and boom, you’ve got a spinoff to a Zack Snyder movie without any of the idiosyncratic charms of an actual Zack Snyder movie.

There’s never a moment in “Army of Thieves” that illustrates why this movie had to happen, especially not when the characters have to either show what makes them unique or talk about their generic behavior. There’s some vague talk about how everybody in the movie, both protagonist and antagonists, are role-playing, though nobody’s motives are clear or well-developed enough to make them sympathetic. Sebastian suggests that Brad, who also changed his name from Alexis, might prefer acting like a “real-life action hero,” in Gwendoline’s words, because he doesn’t like his real personality: “It’s sad that he could not learn to love the name he was born with.” 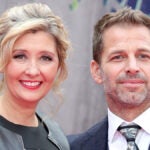 There’s also some promising but half-baked commentary about the secondary roles played by the movie’s women, as when Gwendoline points out during a climactic moment — and despite Sebastian’s protests — that she did previously explain to her teammates that she preemptively disarmed trigger-happy Brad. Beatrix also constantly rolls her eyes at Delacroix’s tough guy posturing, like when she asks him if he really just said “T-minus” while debriefing his team of field agents.

Unfortunately, these scenes often underscore how vacant and rote “Army of Thieves” often feels, right down to its best set piece: During a Snyder-y fight scene, Gwendoline disarms and bloodies a bunch of security guards in fast-then-slow-then-fast-motion. The brutality of this scene goes unremarked upon, just like how not much happens with boastful getaway driver Rolph (Guz Khan, Hulu’s “Four Weddings and a Funeral”), who is described as “the best drifter you’ll ever meet,” only to then not do any drifting beyond an early scene. (Presumably because the group’s multi-part heist doesn’t go to plan, though that doesn’t explain why Rolph also doesn’t have much of a personality.)

But that’s so “Army of Thieves” — lots of moving parts that inexplicably move viewers towards a foregone conclusion without ever really delivering something worth remembering.