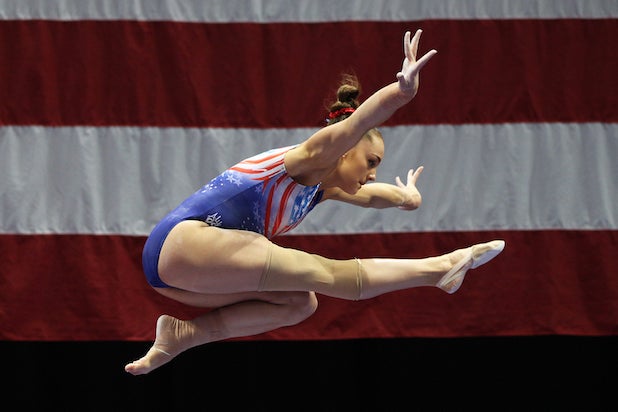 If you look hard enough, you can find reason to think of “Athlete A” as an uplifting movie about a young woman who overcame hardship and found success on her own terms – because that’s what Maggie Nichols, the gymnast who left the U.S. Gymnastics team to become a celebrated college champion, did.

But you’ll be hard-pressed to leave “Athlete A” thinking about Nichols’ triumph, because it comes almost as an afterthought to the documentary’s devastating indictment of the culture of mental and physical abuse that flourished for years at U.S. Gymnastics. The climate was fostered by a win-at-all-costs mentality imported from Romania, and included a determination to not just ignore but cover up widespread sexual abuse of the athletes, even if that meant that more young girls would be abused.

The documentary by Jon Shenk and Bonni Cohen, whose other films include “An Inconvenient Sequel,” “Audrie & Daisy” and “The Island President,” was scheduled to premiere at this year’s Tribeca Film Festival, which was canceled because of the coronavirus. So rather than having a theatrical premiere in New York, it is debuting on Netflix on Wednesday.

Like such recent docs as “Leaving Neverland,” “Surviving R. Kelly” and this year’s “On the Record,” it puts the victims of sexual abuse in front of cameras, lets them tell their story and gathers supporting footage around them – and it’s their stories, of world-class athletes who became victims of abuse when they were barely in their teens, that haunt the film and give it the power to infuriate and to devastate.

The film is divided between the gymnasts who suffered sexual abuse at the hands of physician Larry Nassar and the Indianapolis Star journalists who pursued and broke the story of Nassar’s abuse and U.S. Gymnastics’ years-long coverup. But while the journalists did extensive and prize-winning work in uncovering the scandal, most of their reporting took place before Cohen and Shenk’s cameras arrived on the scene – which means that the focus of the film invariably shifts to what we hear from Maggie Nichols, Jessica Howard, Rachel Denhollander, Jamie Dantzcher and others.

In a way, their story begins in the 1970s, when the most successful team in international gymnastics was the Romanian team led by the pint-sized 14-year-old Nadia Comăneci and coached by Béla Károlyi. At that point, the emphasis in competitive gymnastics shifted to younger, smaller competitors – and when Károlyi and his wife Marta defected to the United States in 1981, they became the most powerful women’s gymnastics coaches in the U.S.

But operating from a ranch compound outside Houston that was off-limits to gymnasts’ parents, the Károlyis created a climate of fear and intimidation, according to the women in “Athlete A.” Emotional and physical abuse, they say, was the norm in an atmosphere in which anything was allowed if it led to Olympic victories – which, for many years, it did.

Osteopathic physician Larry Nassar was on the Károlyi ranch as the team doctor, and one former gymnast remembered him as “the only nice adult I could remember being part of the USA Gymnastics staff.” Where other staff would berate the girls about their weight, Nassar would slip them candy. But he would also sexually abuse them under the guise of examinations, slipping his ungloved finger into their vaginas and acting as if it were a normal part of his treatment or physical therapy.

But based on what the Indianapolis Star reporters found and what the women say in “Athlete A,” USA Gymnastics didn’t really want to hear about it. For years, its policy regarding abuse was to dismiss the complaints as hearsay unless they were signed by the victim or a victim’s parent.

When Maggie Nichols reported Nassar’s abuse to her mother and then to USAG in 2015, the organization’s CEO, Steve Penny, promised to investigate – but instead of alerting law-enforcement authorities, as USAG was required to do by law, they hired a private firm to do an outside investigation. And while Nichols finished sixth in the Olympic trials in 2016, she was kept off the team, which consisted of five gymnasts and three alternates.

The Star began its own reporting in 2016 – and as soon as they began to publish stories, more and more women surfaced to tell their stories, until the roster of Nassar’s victims reached the hundreds. Steve Penny resigned and is facing charges of evidence tampering, the organization cut its ties with the Károlyis and Nassar pleaded guilty to 10 counts of sexual assault as well as federal child pornography charges. (He is currently in prison and will almost certainly die there.)

“Athlete A” details all of this in a calm, straightforward manner, following the journalists’ investigative trail and letting the survivors be the voice and heart of the film. As with many of the other recent documentaries about abuse, it hits hard, making it difficult to watch without being both heartbroken and enraged by a system that, in the words of one gymnast, “would sacrifice our young to win.”