“Atlanta” Season 3 came to a close last night with an episode that, in the show’s true fashion, was pretty strange.

The episode began with Candice, a friend of Van’s from Atlanta, and two of her friends sitting outside a café in Paris. The trio stumbles upon Van (Zazie Beetz), who has been largely absent from Paper Boi’s European tour this season. Except, is it Van?

It certainly seems so, despite the fact that she now has a blunt bob haircut, speaks with a French accent, and carries a baguette in her backpack. The episode quickly goes from confusing to heartfelt as Candice begins to unravel Van’s current emotional turmoil that prompted her to run away from “Atlanta” and leave her daughter, Lottie, behind.

The episode, titled “Tarrare,” is named after an 18th-century French spy who was said to have done anything to satiate his endless appetite, even eat people. So, while we’re learning about what Van’s been going through behind the scenes, we’re also taken on quite a wild journey that ends at a dinner party where human hands are on the menu.

Stefani Robinson, who penned the episode, admits there isn’t much of a philosophical connection there. Rather, the tie-in to a cannibalistic French spy was “for fun.” Robinson, who is also an executive producer on the series, talked with TheWrap all about Season 3’s finale below. 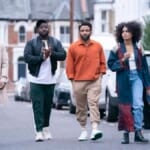 So, Van is obviously going through a lot this season. What did you feel was important to convey about her character through this episode?

The approach was, obviously, trying to give her a grounded reason as to why she was actually in Europe, and that was the impetus for it all. So, we sort of approach the story from that angle. To that end, it felt more real to me. It was pulling from the previous seasons as well. Obviously, her character struggles with identity as a single mom, fired from her job. I’m thinking specifically of, like, the Juneteenth episode [Season 1, Episode 9], her trying to assimilate or try on an identity. Those were clues that were super helpful, that then spoke to her headspace this season, which I think is that she is someone who is struggling with themselves and becomes depressed by it and anxious by it and all those other feelings that are so real and grounded and very prevalent with young people. The important thing was to try to convey that in a way that was funny but also grounded but also felt true to the character.

What’s the connection between Van and Tarrare?

It’s probably less of a philosophical approach for that. Tarrare is just probably one of the most bizarre historical figures you’ve ever read about. That was just a strike to integrate the character and obviously, like, you know, the elements of cannibalism. I mean, they’re actually, like, just full-blown cannibals. That was just that connection, trying to tie a historical figure into what was happening in the present. For fun.

I noticed that at multiple points in the season when Van does choose to open up to anyone, it’s another woman — versus someone in the main cast. Am I reading too far into that?

I don’t know if it was intentional, with a capital I, to make those choices. But I do think that what you’re touching on is also important. I think it’s also natural to those characters that maybe there’s not a lot of trust there, given the history that [she and Earn] have. I think there’s been a lot of hiding. The Helen episode [Season 2, Episode 4] too, where she’s a tutor in a German town, I feel like such a good job of picking apart that dynamic. And I do feel like at the end, he understands that Van is kind of alone in that dynamic. With someone like Darius and Al, I think that’s sort of what’s true about the show, that they aren’t very close. It’s not a sitcom, like everyone’s best friends and they’re willing to share whatever they need to with everybody. I think the truth of the dynamics is that Van isn’t very close with Darius, so when they meet in Amsterdam, it should feel a little bit awkward, right? So I think what you’re getting at is the truth of relationships. I guess probably the truth is also that she feels comfortable speaking to women about what’s going on. The relationships she has with other women are really important, and again, just feel sort of natural to the character.

In the beginning of the episode, I couldn’t tell if it was going to be another one-off, or if it truly had anything to do with the main plot. Why did you choose to structure it in that sort of mysterious way?

That was a little bit intentional, given the fun we’ve been having this season, obviously. But the other thing that was important to the European thread of the story, that said, is Van does kind of disappear. It was sort of the point that you should feel like as you’re watching the season that she just kind of disappeared. It’s feeling like she’s acting a little erratic. So the entry point, for convenience sake, I guess, couldn’t be like, let’s enter through the perspective of their characters. It is important to feel like you are sort of happening upon her like you are. Like, “Oh my gosh, who is that?” She is disconnected and disjointed from everything that we’ve seen prior. Entering through a different group of women, like you said, it seems like they’re about to have their own episode and it’s like Van sort of crashes in and interrupts that. So I think that feeling that you’re describing was intentional, and I’m glad that you are kind of feeling like you could just follow these three women themselves — and you probably could and that probably would be a really fun episode. But it’s just sort of interrupted by Van appearing. Then it was important that the other women don’t really have the context or understanding of who she is. There isn’t that extra baggage. We’re fully accepting her as this new creature. They’re meeting her as she is, as this version of this French version of Van. And that part was important as well — that you didn’t have a group of people just saying, “Hey, what’s going on?” 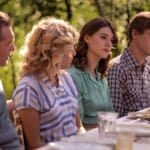 Also Read:
‘Under the Banner of Heaven’ Cast and Character Guide (Photos)

You’ve been writing on “Atlanta” since Season 1. It was your first gig, and now you have an overall deal with FX, you’re an EP…how have you used that writers room as kind of a learning ground for your career?

When Season 1 started, I didn’t have any experience and that was just sort of true of a lot of writers in the writers room, which is a beautiful thing that I don’t think will happen the same way ever again. But I was extremely lucky, I think, for “Atlanta” to be my first show. I remember the first day of Season 1 in the writers room, Donald said, “There’s a very strong probability that this show will be canceled after Season 1. I don’t want that to scare anybody at all.” He just wasn’t worried about it. He said it in a way that was like, we should be able to make the show whatever we want, and if that means that we’re getting canceled, that’s fine, because they want us to feel like we tried something interesting and that we were as creative as possible. That really stuck with me. Donald was so unconcerned with like, “What are people gonna think?” It was more like, “What is everyone in this room thinking? How can we help everyone here express themselves creatively?” And that’s such a rare thing. Donald created an environment in which we as creators can play, we can try things, and we can say “Hey, you know, on the third season, we’re going to do a bunch of bottle episodes because why not?” We’ve all taught each other how to bolster ourselves creatively and figure out like, “What is my voice? What do I want to say?” “Atlanta” has never really felt like a machine. So in that way, I feel like I take that no matter what I’m doing. He’s given me, like so many other people, the freedom and the opportunity to really figure out who I am creatively and now I have the tools to do that.