Season 3 of “Atlanta” is coming to a close Thursday, and it seems like viewers will finally get answers as to what exactly has been going on with Van (Zazie Beetz). Or, at least, so says Stefani Robinson, who penned the episode.

“It takes place in Paris and it’s sort of like this very wacky, I would say, Parisian odyssey around town,” Robinson, who is also an executive producer on the series, told TheWrap. “I think it closes off the more emotional parts of what’s been going on with Van — doing so with obviously the comedy but then at the end you see it getting into the nuance of why exactly she’s been acting the way she’s been acting throughout the entire season.”

That’s all we’re going to get ahead of Thursday night, though, as Donald Glover is notorious for preferring to keep specific details about each episode under wraps. Even the episode descriptions reveal nothing. Episode 10 is titled “Tarrare” and the episode description reads: “Yo Tarrare was a real person. Wild. They gotta stop biting these better shows tho.” 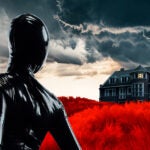 The episode is named after a supposed 18th-century French spy who was known to go to great lengths to satisfy his endless appetite — even eating people. So, what’s the connection between a French, cannibalistic spy and Van? Well, all will be revealed in due time, Robinson said.

Season 3 not only saw its main characters travel outside of the show’s namesake, but it also featured quite a few other detours. Four of the episodes don’t feature the main cast at all and, instead, serve as short films that tell their own stories.

“I think that Donald has been very clear in the writers room that he likes that each season of ‘Atlanta’ almost feels like its own contained world or universe — like an album. That’s what he says. I think that’s probably the best way to describe it,” Robinson explained 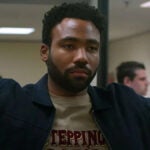 He added that with Season 3, “we’re breaking form in a way. We’re not like, ‘Hey, every episode, we need to check in with the characters to see what they’re up to.’ We’re sort of departing from the norm in that way.”

The season was written in 2019, which is hard to believe after having seen it. It feels strangely on-the-nose to have been written three years ago. But alas Glover knew that would be the case before the season even debuted — and he swore that the writers simply predicted the future.

Robinson doesn’t know if they predicted the future, per se, but she does think that the room Glover curates allows the writers to think beyond the present moment and build stories that may or may not ever become reality. 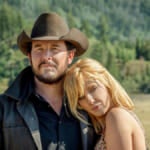 “It’s kind of spooky. Like, I don’t know what it is about,” Robinson said. “We have a lot of arguments. We have a lot of debates, we have a lot of really frank and honest conversations, and that’s sort of where we start. That’s not necessarily different than any other writers’ room, but I also think there’s just that element of surrealism that feels a little bit out of this world with ‘Atlanta.’ We’re constantly thinking in terms of alternate universes, or ‘What if this happened?’ or ‘What is the future?’ When we’re talking about the world that we’re living in or the state of the world or something… there’s always a little bit of like turning it on its head in some way.”

Defining “Atlanta” can be a bit tricky, as the show often takes an avant-garde approach and, truthfully, works hard not to fit into any sort of box. That’s how Robinson could tackle the issue of Van’s emotional turmoil this season, while also putting her character up against the backdrop of a Parisian cannibal.

“I think [Glover is] so good about just treating ‘Atlanta’ as an opportunity for us as creators to do whatever we want. We don’t have to necessarily be shackled or handcuffed to the safety of what a sitcom is or what a comedy is, or even what the show is in terms of like, this is what we’re supposed to be doing,” Robinson said. “I think that he’s very much like we can do whatever we want.”