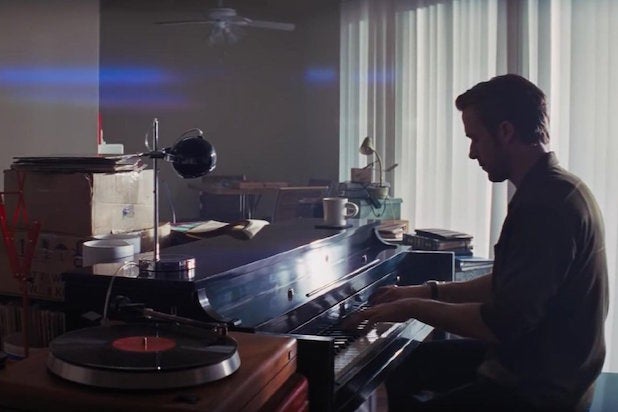 This year’s awards race reached a crucial turning point with the Screen Actors Guild Award nominations on Wednesday morning. And the result will either be a temporary hiccup in the “La La Land” juggernaut, or the first sign of a weakness that could derail the presumed Oscar frontrunner.

Until Wednesday, we’d heard from film critics (the Critics’ Choice Awards), journalists (the Golden Globes), indie-film groups (the Gotham Awards, the Spirit Awards) and other groups of academics and insiders (the American Film Institute, the National Board of Review) that pick the best films of the year.

In those awards and nominations, the clear leaders were Damien Chazelle’s musical “La La Land,” Barry Jenkins’ coming-of-age story “Moonlight” and Kenneth Lonergan’s family drama “Manchester by the Sea,” all of which had scored heavily.

But until SAG, we hadn’t heard from a movie-industry guild, from a body that also included voting members of the Academy of Motion Picture Arts and Sciences. SAG is when the race turns from outsiders to insiders, from critics to film professionals. And from now until the Oscars, the key contests will be SAG, the Producers Guild Awards, the Directors Guild Awards and the Writers Guild Awards.

SAG brought the expected good news for “Moonlight,” which landed three nominations; and for “Manchester,” which got four.

And it brought not-so-good news for “La La Land” — which, if it is to end up winning Best Picture at the Oscars, will have to become the first film to do so without a SAG ensemble nod since “Braveheart” in 1995, the first year the category existed at the SAG Awards.

“La La Land” still has to be considered the Oscar favorite, and it did land expected nominations for stars Emma Stone and Ryan Gosling. But the Actors Branch is by far the biggest branch in the Academy — and while it’s unlikely that the randomly chosen 2,000-plus members of the SAG nominating committee contained more than a handful of Oscar voters, the failure to capture that ensemble nomination is a troubling one.

The good news: It won the Critics’ Choice Award on Sunday, a typically reliable indicator of Oscar success; it should easily capture the Golden Globe for musical or comedy; and it will likely land more Oscar nominations than any other film.

But “The Social Network” and “Boyhood” also saw their fortunes decline when voting moved from critics to guild members, so “La La Land” is now on uncertain ground.

SAG voters, meanwhile, brought unexpected good news for “Captain Fantastic,” which scored a surprise nod in the ensemble-cast category, and another surprise in the best-actor race for its star, Viggo Mortensen.

Together with his Golden Globe nomination on Monday, the well-respected actor is a real part of the Best Actor conversation, taking the slot for his indie film that had once seemed destined to go to Joel Edgerton for “Loving” or Tom Hanks for “Sully.”

Mortensen’s Globe nomination could be excused by the fact that the Hollywood Foreign Press Association nominated Ryan Gosling from “La La Land” in the comedy-actor category, opening up a slot in drama — but his SAG nod is something else entirely, an indication that Oscar voters will at least have to pick up their “Captain Fantastic” screeners and give the delightful film a chance.

As for the other big surprise among the SAG nominees, Emily Blunt for “The Girl on the Train,” the verdict isn’t nearly as clear. Blunt beat out Annette Bening for “20th Century Women,” Ruth Negga for “Loving” and Isabelle Huppert for “Elle,” a formidable trio that are all expected to figure in the brutally competitive Best Actress race.

Can she possibly maintain some momentum and get Oscar voters to take the lightly-regarded film seriously? Don’t count on it — at first glance, her nomination seems far likelier to be a SAG oddity than a harbinger of things to come.

In other categories, SAG boosted Octavia Spencer over her “Hidden Figures” castmates Taraji P. Henson and Janelle Monae, as the Globes had done earlier in the week; boosted “Hidden Figures” itself by giving it an ensemble nod over “La La Land” and “Lion”; threw a speed bump in the way of the understated “Loving,” which was shut out completely; and reinforced the idea that Denzel Washington’s “Fences” is a true actors’ movie, which could be good for it given the size of the AMPAS Actors Branch.

So as the dust clears on the first round of major nominations and critics’ awards, the top three are still “La La Land,” “Moonlight” and “Manchester by the Sea.” And if the first of those films doesn’t feel like quite the prohibitive favorite it seemed to be a few hours ago, that’s probably good.

Maybe we’ve got ourselves a real race here, not a runaway.

It’s now time for other voters to pull out those screeners and, one hopes, to head to theaters and screening rooms too. Check back the first week of January, when the other guilds will start chiming in and we’ll get more clarity on an awards race that just got a little more interesting.