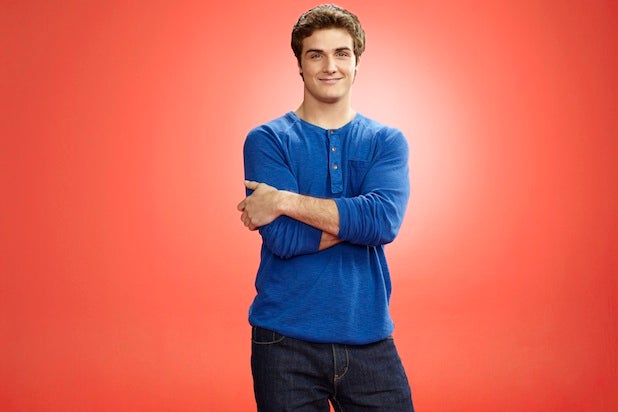 Matty (Beau Mirchoff) and Jenna (Ashley Rickards) have broken up on MTV’s “Awkward,” but the actor behind Matty would’ve done things differently.

Instead of walking away from Jenna after discovering she was cheating on him, Matty offered to stick around and work on the relationship. It was Jenna who ultimately ended their relationship on the last episode.

“The producers ran it by me, and I thought that was a feasible thing to happen,” Mirchoff told TheWrap. “I would personally not have gone fawning after Jenna right away, but it made sense for Matty. He wanted to fire up that situation and make things better.”

MTV has teased Jenna’s dissent into darkness, but Matty will have his own emotional spiral as a result of the breakup.

“He goes through an array of emotions,” the 24-year-old said. “Kind of all of them, at first. He’s incredulous, and embarrassed, and mad, and ashamed, all kinds of emotions going on. Ultimately he’s just extremely heartbroken.”

Fresh off a summer in which he shot two films, “See You in Valhalla” and “Grass Stains,” Mirchoff spoke to TheWrap about what’s to come for Matty and the upcoming showrunner changes for Season 4.

TheWrap: How does Matty and Jenna’s breakup affect the group?
Beau Mirchoff: Well, I think it’s pretty evident that they’re all on Matty’s side. And they kind of leave the ball in Jenna’s court to fix things. And if she doesn’t do that, they won’t take her back because she did a pretty horrible thing to one of their friends and no one wants to trust Jenna if she does something like that. And Jenna doesn’t really own up to it. It’s a personal matter that she doesn’t have to involve her other friends with. It’s a fallout of epic proportions.

Jenna has certainly turned to other guys to get her mind off Matty. Does Matty get a similar distraction this season?
You may be on to something. Matty, in the next two episodes, he wants to get Jenna back. I don’t know if she wants him back though. So yeah, he tries to get her back, I don’t know if that’s going to work. So if Matty’s single, I know he doesn’t want to stay single. So, perhaps he’ll go on the prowl. There’s something true about people rebounding.

The show’s creator Lauren Iungerich won’t be back as showrunner next season, what were your thoughts when you found out?
It was sad, in a way, Lauren had been there from the beginning and she was the den mother, you know? But she had to do what she had to do, and I’m sure she’s attached. All is well and we’re looking forward to the next season.

Have you spoken to the new showrunners about Season 4?
I sat down with them last week and we talked broad strokes about the next season. There are some really, really great things planned. I’m not going to go into specifics, but it’s very new and very real. It’s all about maintaining the authenticity of the show and sticking with real problems, having a comedy spin on that, which is cool. They’re big fans of the show, the new showrunners — it’s not just another job for them, they’re really excited to be on board. We have a lot to look forward to.