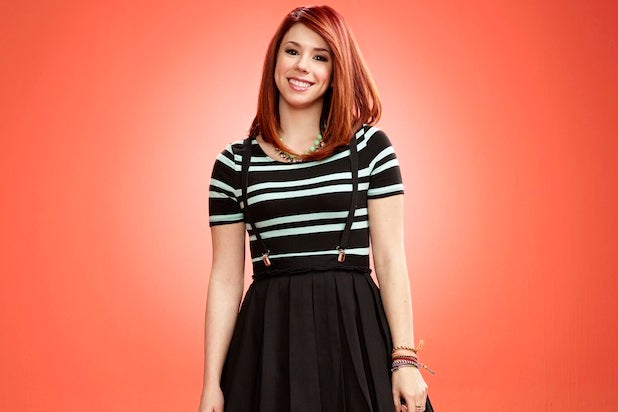 We can always expect that MTV’s “Awkward” will take its relationships on a rollercoaster ride. The past season has been no different.

So far on Season 3, Jenna (Ashley Rickards) pretty much lost everything as she let herself stray into unknown territories with pretty boy, Collin (Nolan Gerard Funk). But, she has since found her way back, won her friends over again (including Matty) and it’s time for prom. But Matty (Beau Mirchoff) took his and Jenna’s platonic friendship at face value and decided to ask her new gal pal, Bailey (McKaley Miller) to the dance.

Meanwhile, prom is Tamara’s (Jillian Rose Reed) kind of event, and considering their past experience with the special day, her boyfriend Jake (Brett Davern) better make it spectacular.

Things are looking pretty good for Tamara going into the season finale.
Jillian Rose Reed: She’s definitely been through it this season with her relationship with Jake. They had a little hiccup with the whole election, but they’ve gotten through it, they’re making progress, everything’s looking really good especially going into prom. It’s one of the biggest moments for someone in high school. Things are looking good for her right now.

What can we expect from Tamara and how she’ll handle prom?
JRR: She’s a little crazy. She was a little crazy about all the dress shopping in the last episode. Now, she’s going to go crazy about how Jake is going to ask her to prom. She’s still a little caught up on how the whole sex van happened if you remember where Jake tried to plan for the same thing for Tamara that he planned for Jenna. She’s really hoping for a big prom ask. She wants it to be extremely special and she wants Jake to go all out.

What can you tell us about the love triangle between Jenna, Matty and Bailey?
JRR: Bailey is kind of a wake-up call for Jenna. She’s been going through so much these past couple of weeks and she did break Matty’s heart. It’s kind of a way to realize that, ‘Hey, I’m not all that. Even though I did go through these problems, I have to work hard to get these people back in my life.’ Not only is she friends with Bailey, it’s kind of heartbreaking for Jenna. So, we’re going to get to see how that plays out and the whole prom situation and how Jenna feels about them going together and all that crazy high school drama that goes on all the time, as well.

What do you think of Sadie’s (Molly Tarlov) nerdy new guy?
JRR: That’s a really fun storyline in my opinion. Seeing Sadie have that softer, in love side is really interesting. You’ll get to see where that goes and how their relationship unfolds.

What was your favorite storyline from this season?
JRR: I actually really enjoyed the election fight between Jake and Tamara. We have seen, especially for them, a lot of back and forth, a lot of makeups, a lot of breakups. That was a point where Tamara learned what she can or can’t do. She did cross this boundary. Jake had something that he really, really wanted and she took it from him and she didn’t really care. Not only was that fun to play, especially the election scene where we fight it out, but she learned through their breakup and makeup that she needs to be more respectful in the way that she deals with relationships. Whether they stay together or makeup, I think that Tamara has learned a lot about how it is to be in a serious relationship.

Have you been able to meet with the new showrunners about Season 4?
JRR: I’ve gotten to meet them on a few occasions now. We’ve actually started our table reads for Season 4. So, we’ve gotten to see the new scripts and the new direction. Everything is really, really awesome. And not only them, we have a team of really awesome writers this season. Everything’s looking really positive.

What can you tell us about Season 4?
JRR: Well, I will say that we’re going into senior year. So, that’s a big step for all of us. And as far as Tamara and Jenna go, it’s kind of about finishing up high school, tying up those loose ends for the future. They’re thinking about college and what’s going to happen and whether they’re going to split up. There’s going to be a lot of drama that happens very fast in the start, because we have to set up those storylines and the season for senior year.

We were the first to report that you landed a guest starring role on Disney Channel’s “Jessie.” How’d that go?
JRR: That was so awesome. They shoot in front of a live audience and I haven’t done a lot of that. That was pretty cool and fast-paced and kind of felt like I was back in my theater days. I play a frenemy of Jessie. I befriend her in acting class and turn on her a little bit, so I got to play both sides of that character. Debby Ryan is awesome. I’ve actually known her for a few years and getting to work with her was really, really great, as well. That will air sometime next year.

What else were you able to do over the hiatus before Season 4?
JRR: Over the hiatus, I did do an independent film called “Sharon 1.2.3.” It’s by Mark Brown, who did “Barber Shop,” I got to play a white-trashy girl, if you will. So, that was a new character for me to explore. So, that was really fun. They’re just wrapping up, so it should be out sometime next year.