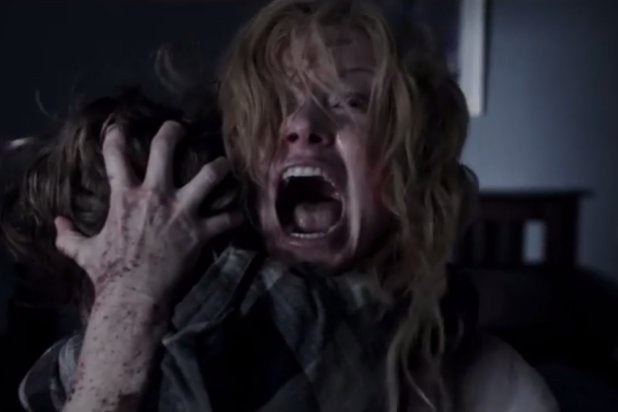 The “Babadook” meme has officially gone too far.

A portion of the proceeds will go toward the Lambert House, a center for LGBT youth.

“Growing up I’ve experienced firsthand the hate and intolerance that people are capable of. It’s easy for a young mind to be convinced to hate themselves for who they are,” Raygun wrote on the Indiegogo campaign page. “I believe that no one should ever have to feel like that. The world is a beautiful place filled with amazing people who will love you for who you are. All you have to do is find them. Among many other things the Lambert house is there to help find those people.”

This is not the first time the business has attempted to capitalize on the viral meme. “The Babadook” is also set to return to the Los Angeles art house theater Arena Cinelounge from June 23-27 with a portion of ticket sales going to benefit “LGBT Awareness.”

Jennifer Kent’s widely praised 2014 horror indie followed a long-fingered, jagged-toothed apparition in a top hat who terrorizes a single mom and her troubled young son. In the recesses of social media last year, the gay community adopted the monster as an allegory for coming out (the monster is locked in the family basement to allow traditional family life to continue).

There’s also evidence that Netflix might have mistakenly categorized the movie as an LGBT title, which caused rampant and amazing memes welcoming the character into the queer fold. At pride celebrations across the country, Babadooks popped up on rally signs and t-shirts and even vogued in the streets with LGBTQ masses.