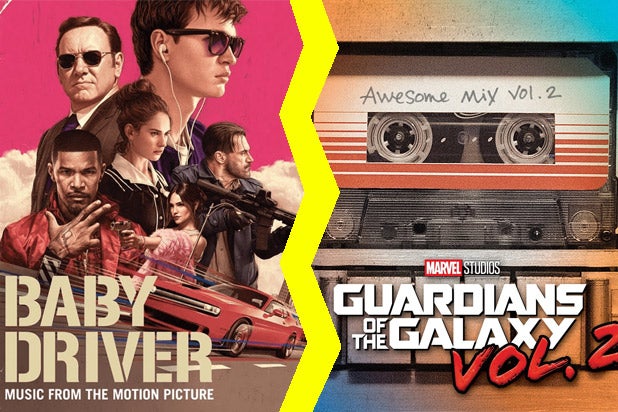 OK, let’s settle this: Whose mom had the better musical taste?

“Baby Driver” and “Guardians of the Galaxy Vol. 2” are both music-driven films from what normally aren’t music-driven genres, the former a crime movie full of car chases and the latter a superhero flick.

Both move to the beat of killer soundtracks full of ’70s rock and pop, ’60s soul and R&B and guilty pleasures from across the years. And both start with music that meant a lot to the dear departed mothers of the two main characters, Ansel Elgort’s Miles (aka “Baby”) in “Baby Driver” and Chris Pratt’s Peter Quill in “Guardians.”

So it seemed to make sense to put the two soundtracks head-to-head in a cinematic battle of the bands: mom vs. mom, Baby vs. Peter, Edgar Wright vs. James Gunn, Paul Simon vs. Cat Stevens. Granted, the “Baby Driver” soundtrack has twice as many songs as the “Guardians” soundtrack — and while we tried to take that into account, we suspect it did affect the outcome.

The categories, starting with the decade that is prominent on both soundtracks:

“Brandy” is cheesy but fine, but Lionel Richie’s hit ballad “Easy” is not only irresistibly sappy, but also manages to be affecting in the context of the film. And the cover version by Sky Ferreira, playing the voice of Elgort’s mom, is truly touching.

Also Read: 'Guardians of the Galaxy' Star Dave Bautista Has No Time for Homophobia 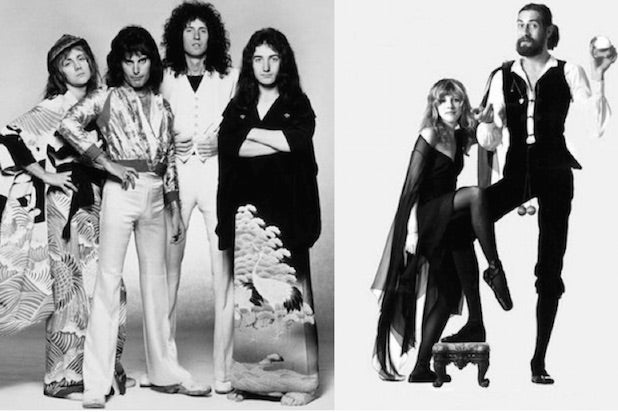 They’re overplayed, sure, but that doesn’t mean that “Surrender,” “The Chain” and “My Sweet Lord” aren’t legitimately good rock songs. (OK, the fact that George sorta plagiarized “My Sweet Lord” does hurt.) And Randy Newman, who’s smarter than any of us, put the line “I love that ‘Mr. Blue Sky'” in his tongue-slightly-in-cheek homage to ELO, “Story of a Rock and Roll Band.”

This is the sweet spot for “Guardians,” and “Baby Driver” can only counter with “Radar Love” (the most famous Dutch rock ‘n’ roll song, which is slightly more impressive than being the biggest Norwegian salsa song) and “Brighton Rock” (which means a lot more to Elgort and Jon Hamm’s characters than it does to me, its legendary guitar solo notwithstanding).

Does “Guardians” really deserve a point because it has more cheesy songs? I guess so. The soundtrack sports a good lineup of bad songs: “Lake Shore Drive” is wimpy, “Wham Bam Shang-a-Lang” is silly, and “Southern Nights” is my least favorite Glen Campbell song unless you count “Rhinestone Cowboy,” whose existence I try to ignore.

“Baby Driver” responds half-heartedly with the second most famous Dutch rock song, “Hocus Pocus,” which also happens to be the most annoyingly catchy (or maybe it’s catchily annoying) combination of rock and yodeling ever.

The Sweet are perfectly swell, a poppy second-rank glam-rock band with a couple of catchy hits. But T-Rex is Marc Freakin’ Bolan, and even the guys in the Sweet would tell you that Marc Bolan rules. 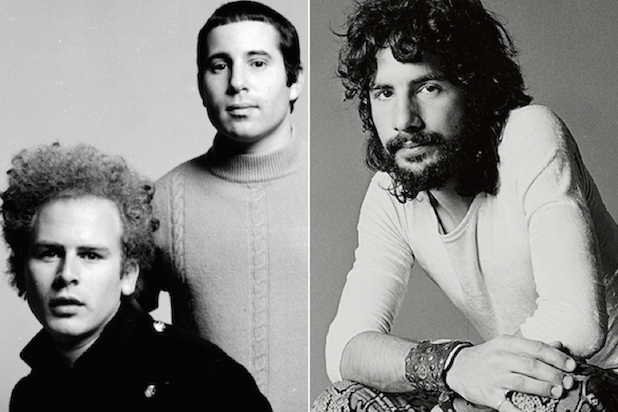 SOUL & R&B
“Guardians of the Galaxy”: Sam Cooke, “Bring It on Home”
“Baby Driver”: Bob & Earl, “Harlem Shuffle;” Carla Thomas, “B-A-B-Y;” Martha & the Vandellas, “Nowhere to Run;” Sam and Dave, “When Something Is Wrong With My Baby;” Brenda Holloway, “Every Little Bit Hurts;” the Detroit Emeralds, “Baby Let Me Take You (In My Arms)”
Winner: “Baby Driver”

This is closer than you’d think — because you make a pretty strong case when your one soul song is by Sam Cooke, pretty much the greatest male soul singer ever. But the range of the “Baby Driver” selections, from soulful (Brenda Holloway, Carla Thomas) to raucous (Bob & Earl, Martha and the Vandellas) make it close, and the majesty of Sam and Dave seal the deal. 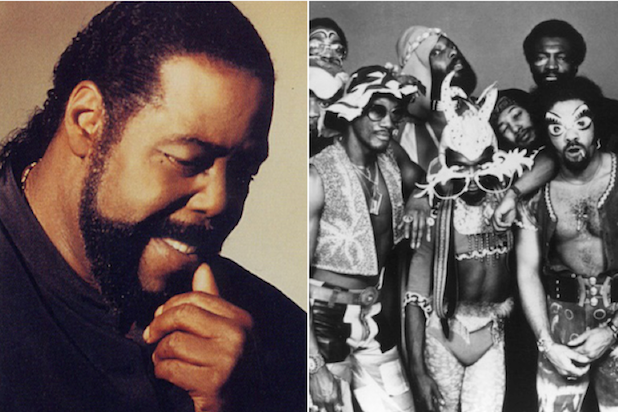 Barry White is the man when it comes to sweetly ponderous disco ballads, and I slid Young MC into this category because his song is based around the fearsome opening riff from Isaac Hayes’ “Theme From Shaft.” But if you’re looking for funky, you can’t go against P-Funk.

PUNK
“Baby Driver”: The Damned, “Neat Neat Neat”
“Guardians of the Galaxy”: Nothing
Winner: Nobody

There’s no reason for “Guardians” to include punk, so we can’t penalize it for not having any. And the Damned are fine but not good enough for me to give “Baby Driver” a point just because of them. 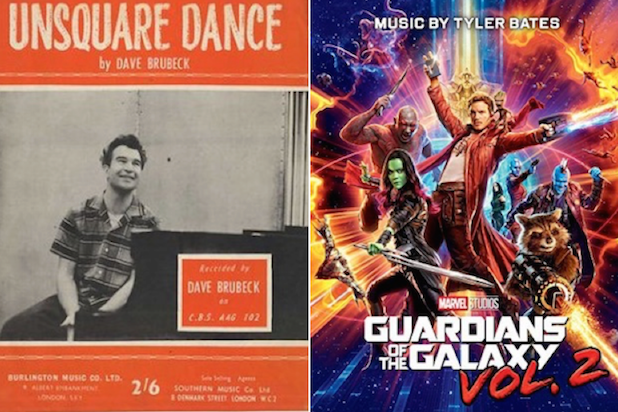 I’m tempted to say there’s no winner (see: Punk), but “Baby Driver” uses a brassy and playful array of instrumentals as the score in key moments throughout the film. (Composer Steven Price also provides music.) The variety and oddity of the lineup of instrumentals — I mean, did you know that Dr. Dre got the opening riff from “The Next Episode” from a ’60s piece by “The Man From U.N.C.L.E.” heartthrob David McCallum? — gives it the win.

How can I give “Baby Driver” points in this category for the same songs that might be giving them points in other categories? Sorry, no double-dipping allowed. Jay and the Americans are no great shakes, but they win anyway.

POST-’70s SONGS
“Baby Driver”: Jon Spencer Blues Explosion, “Bellbottoms;” Beck, “Debra”
“Guardians of the Galaxy”: only the Sneepers, who count in the next category
Winner: Nobody

I want to give “Baby Driver” a point here because Edgar Wright got the whole idea for the movie listening to “Bellbottoms,” to which he’s set the film’s opening car chase. But I can’t penalize “Guardians of the Galaxy” for not having Peter’s mother leave him music she wasn’t alive to hear.

Kudos to “Guardians” for dropping David Hasselhoff into what was otherwise a ’70s-style pop disco rave-up. But one of the “Baby Driver” songs serves a major plot point, and the other sums it up nicely.

CONCLUSION
Oops, it’s a 5-5 tie, with two categories that didn’t have a winner. But “Baby Driver” has the edge in both of those categories, and I give it the overall nod, too. While “Guardians” does one thing very well, offering up ’70s music from the schlocky to the rocky, “Baby Driver” is bigger and weirder and more varied.