“Baby Ruby,” which held its world premiere at TIFF, is not your mother’s movie about being a new mom. Or maybe it is. In the film, Noémie Merlant (“Portait of a Lady on Fire”) plays Jo, an influencer who plans on seamlessly incorporating her new baby into her brand, until the experience isn’t exactly all it’s chalked up to be. As Jo struggles with her postpartum recovery, she grows alienated from the people around her: the other new mothers in her circle, her helpless husband (Kit Harington, a long way from “Game of Thrones”) and most disturbingly, Baby Ruby herself, who acts out only when she’s alone with Jo.

Writer-director Bess Wohl, Merlant and Harington stopped by TheWrap and Shutterstock’s Interview and Portrait Studio to discuss the challenges and “catharsis” of making a film about the often unspoken difficulties of navigating life with a newborn.

Reflecting on her own parenthood journey, Wohl said the film was inspired by “the massive identity shift that happens when you become a mom.” 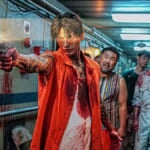 “I just wanted to make a film about the highs and the lows, and push the experience out to the most extreme version of itself,” she explained. “That’s what I like to do as an artist: take a little glimmer and light a bonfire with it.”

Like parenthood itself, the film spans a kaleidoscope of tones and emotions, requiring actors who could strike the right balance. Wohl found her leads in two actors who came to the material from different perspectives, allowing them to bring something unique to their roles.

Merlant, who does not have children, found “catharsis” in her individual character, while drawing on broader observations about motherhood.

“I felt good, actually, as a woman, to play so far, big strong emotions without thinking too much, just let it go,” she said, before joking: “I’m not a mother. After this experience, I don’t know…” 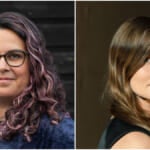 As a new father himself, Harington said that he “was really in the thick of everything this story is about” when he joined the project. He said that he (and his wife, Rose Leslie) had just welcomed their baby boy into their lives when he was first approached about the film.

Though his own experiences were not “quite as extreme” as his character’s, some of the feelings he and Leslie had “didn’t match the feelings we were meant to have, or society seemed to suggest that we should have.”

He continued, “Early parenthood to us felt at times quite like a violent shock to our way of life, our way of being and that didn’t sometimes ring true with what people wanted us to say.”

Harington said the film captures the duality of parenthood as both “the most amazing thing that’s ever happened to you” and “an emotionally traumatic experience.” 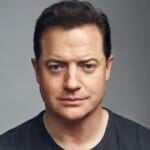 That being said, it was important to weave humor into sad and frightening moments to get at “the absurdity of the situation,” said Wohl.

“There’s something so infuriating, you know, you’re a new parent, there’s things that seem unimaginable, as Noémie’s character says in the film. You made a human being inside of your body, and everything that happens to you, the world around you, sort of says, ‘Oh no, that’s perfectly normal,’ and it does feel as if you’re being gaslit or something.”

“The feeling everybody else knew something that I didn’t almost felt like that feeling of being in a horror movie, or some conspiracy,” she added. “Everyone has figured this out, and I haven’t.”

Check out the full interview above. 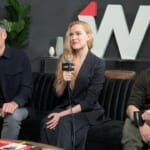