“The Bachelorette” Season 19’s Erich Schwer apologized for a yearbook photo of him wearing blackface circulating on the internet.

The 29-year-old competitor hopes to secure Gabby Windey’s final rose. He and Windey went on a Fantasy Suite date Monday before he remained the final man vying for her love. In the days following a viral Reddit post containing both a traditional yearbook portrait as well as a photo of Schwer in blackface as well as an afro wig surfaced — drawing questions and criticism. 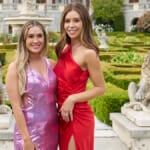 “I wholeheartedly apologize for the insensitive photo of me in Blackface from my high school yearbook that has been circulating,” he wrote.”What I thought at the time was a representation of my love for Jimi Hendrix, was nothing but ignorance.”

Reps for “The Bachelorette” did not immediately respond to TheWrap’s request for comment.

“I was naïve to the hurtful implications of my actions to the Black community and those closest to me, and will forever regret my offensive and damaging behavior,” he continued. “I am deeply ashamed by my actions and understand that my apology is only the first step in taking accountability.”

The apology received mixed responses from fans, some supporting the way Schwer acknowledged the incident and apologized, taking accountability. Others renounced their support of the contestant and of the relationship he has with Gabby entirely. 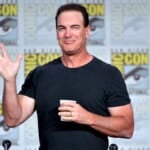 Also Read:
Patrick Warburton Made a Surprise Appearance on ‘The Bachelorette’ — As Zach Shallcross’ Real-Life Uncle

Schwer won over hearts other than Gabby’s with his recent hometown date, during which fans were introduced to his father Allan, who was battling cancer. The diagnosis came years earlier, with Allan beating death three times, according to his son. Allan died at age 65 on July 6, five days before the premiere of Season 19.

Season 19 of “The Bachelorette” winds down in the finale on Tuesday at 8 p.m. ET on ABC.