The dual Bachelorettes of Season 19 have responded to ousted contestant Hayden’s apology for his behavior on the show, saying that the Instagram mea culpa didn’t feel “personal.”

“It’s nice, of course, to hear an apology,” Bachelorette Gabby Windey told TheWrap. “But … I think he did … just outright lie and thought that he couldn’t get caught.”

Hayden, a “leisure executive” from Florida, posted his apology on Instagram Monday night after ABC aired the episode showing his ouster. The laundry list of offenses that prompted Rachel Recchina to walk him out includes calling Gabby “rough around the edges,” comparing Rachel’s body to his ex-girlfriend’s and referring to the season’s two leading ladies as “bitches.” 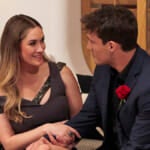 In response to the post, Gabby said that she doesn’t think Hayden is a bad person and teased that she and Rachel are looking forward to speaking with him at “The Bachelorette: Men Tell All” episode.

“When it’s a public apology, it doesn’t feel as personal,” Rachel told TheWrap, echoing Gabby’s desire to talk to him at “Men Tell All.”

For those who aren’t up to speed on the latest happenings of “The Bachelorette,” Rachel sent Hayden home after fan-favorite James (AKA Meatball) revealed to her that Hayden had been saying a number of disrespectful comments about both Rachel and Gabby, including claiming that he “couldn’t trust these bitches.”

Rachel said that she was glad James shared the information which her, especially since she imagines it would have been “intimidating.” 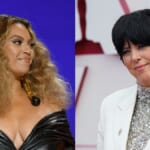 “James is definitely someone who, if he’s bringing information to me, I’m going to trust it, because he’s just not going to make that up,” Rachel said.

Hayden had also gotten heated after Rachel allowed Tino to cut into her conversation with Hayden, in which the 29-year-old shared that his dog had a brain tumor.

“For those who watched tonight’s episode, you saw me at my absolute worst and lowest moment,” Hayden wrote on Instagram. “I have always tried to carry myself with humility and respect for others. However, my complete lapse of judgement was not only disappointing but it was absolutely unacceptable. I genuinely want to express my deepest apologies to both Gabby and Rachel for my actions.”