The Netflix adult animated series “Bad Crimes,” backed by comedy legends Mike Judge and Greg Daniels, has been quietly canceled at the streamer in the middle of production, marking the latest in a string of animated series being unceremoniously scrapped at Netflix (among them: an anticipated adaptation of beloved comic “Bone” and Ava DuVernay’s “Wings of Fire”).

Announced earlier this year, “Bad Crimes” hailed from Nicole Silverberg, a veteran of “Full Frontal with Samantha Bee,” and was set to star Nicole Byer and Lauren Lapkus as a pair of FBI agents who travel across the country solving murders. Judge and Daniels were executive producing with Dustin Davis under their Bandera Entertainment banner. Erica Hayes (Netflix’s “Big Mouth”) was also executive producing alongside Byer and Lapkus. 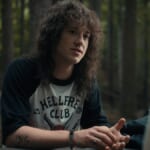 Silverberg and the rest of the team have the option to shop the show elsewhere.

A source familiar with the matter says the cancellation is a reflection of the changed needs of the streamer’s slate following a change in leadership.

Netflix’s adult animation slate has been in a state of flux since the departure of Mike Moon, who left the company back in July and has since started an adults-only imprint of Illumination Entertainment called Moonlight, over at Universal. Moon, a veteran of Disney Television Animation, Sony Pictures Animation and Cartoon Network, is beloved in the community and his tenure at Netflix led to deals with superstar creators like Alex Hirsch (“Gravity Falls”), Pen Ward (“Adventure Time”) and Shion Takeuchi (whose Netflix series, “Inside Job,” is returning for a second season).

While Netflix is still committed to the adult animation space, the cancelation of “Bad Crimes” is deeply disappointing. 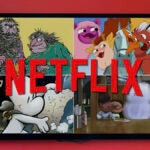