Following the death of Queen Elizabeth II on Thursday, BAFTA announced its annual TV Tea Party, scheduled for this Saturday, has been canceled.

“In light of today’s very sad news of the death of Her Majesty Queen Elizabeth II, the annual BAFTA TV Tea Party will no longer be taking place this weekend,” read a statement from the British awards group.

“We are deeply saddened by the death of Her Majesty The Queen, whose close association with BAFTA spanned 50 years. Our thoughts are with BAFTA’s President HRH The Duke of Cambridge and the Royal Family, to whom we offer our deepest sympathy,” the statement continued.

The Duke of Cambridge is Prince William, who has served as president of the organization since 2010. Past presidents include Williams’ late grandfather Prince Philip, director Richard Attenborough and Princess Anne.

The event honoring Emmy nominees was set to be held on Saturday, Sept. 10, at the The Maybourne Hotel in Beverly Hills.

The cast of “Ted Lasso” was expected to attend, as well as Tony Shaloub and Alex Borstein of “The Marvelous Mrs. Maisel,” Amy Poehler, Andrew Garfield and John Turturro. 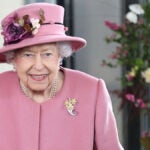 Typically, guests are served a traditional British tea, including cucumber sandwiches, although champagne and cocktails are also available.

The queen’s death is also expected to affect filming Season 6 of Netflix’s “The Crown,” which will see Imelda Staunton taking over the role of Elizabeth Windsor as the show enters the 1990s.

Season 5 is set to premiere on Netflix U.S. in November. 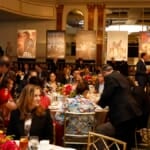