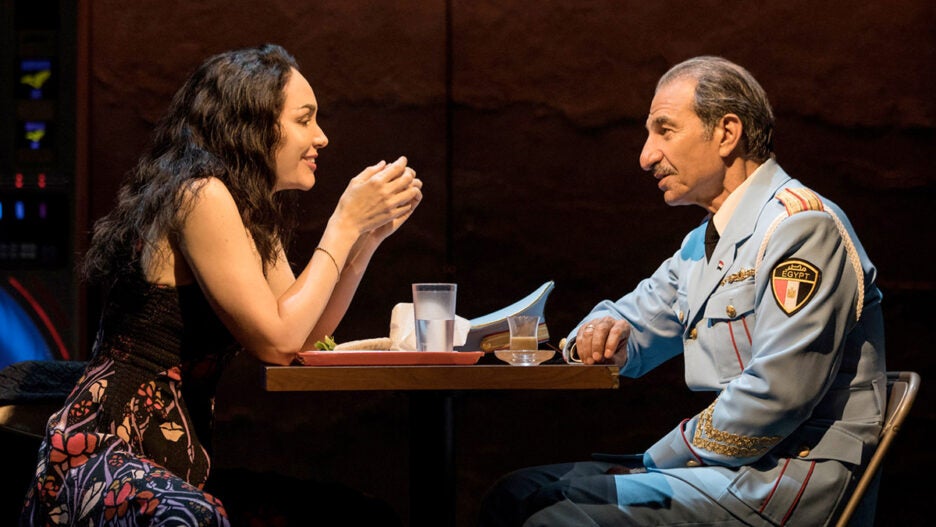 Broadway shows are starting to travel again. This is big business and success will depend on how many people are ready to go to live theater. In New York City, venues are filling up again — especially as the travel ban on foreign tourists has lifted (at least for now). Around the  country, the jury is still out. In Los Angeles, things have been a bit wobbly, with a pair of Black playwrights pulling productions of their new works to protest the treatment of women by the theaters in question.

One show that is opening in L.A. is a recent Tony winner, “The Band’s Visit,” a musical based on a 2007 Israeli film that deals with a long-festering religious rivalry after an Egyptian music band accidentally ends up in a small Israeil town. After seeing the film some 14 years ago, theater producer Orin Wolf flew to Israel to convince the reluctant filmmaker Eran Kolirin about his plan to adapt the film for the stage. (“He said, ‘I don’t want to see my characters in cat costumes,’” Wolf recalled.) After securing the rights, Wolf brought in Tony-winning composer David Yazbek to oversee the musical elements. But the principals were not yet sure what kind of show they were producing exactly.  Enter the late legend, Hal Prince. “Hal became my mentor for two years,” Wolf said. “And he finally said, ‘Pal, you’ve got to call this a musical.’”

First stop was Off Broadway’s Atlantic Theater Company, where the musical worked beautifully and earned rave reviews. After transferring to Broadway, where the reviews remained strong, the show managed to beat better-known movie-to-stage musicals like “Frozen” and “Mean Girls” for the Best Musical prize at the 2018 Tony Awards — one of 10 Tonys that helped the show to run for a year and a half. 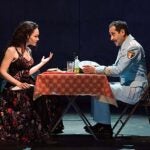 The show just launched its national tour — delayed due to the pandemic — with the second stop being Los Angeles’ 3,400- seat Dolby Theatre, where performances began this week. (James Nederlander, whose Nederlander Organization owns the Dolby, is one of the producers of “The Band’s Visit.”)

It’s a big venue for a small show about a group of people stuck together in close quarters. “We did discuss creative reasons not to do it (at the Dolby) as we were worried about safeguarding the show’s intimacy,” Wolf admitted. “But I really don’t think the size of the theater matters. We’ve done things like a slight tweak to a light or a sound effect. Wherever you sit, you feel the emotion.”

Some other alterations have been made along the way. “I rejiggered a little with the music,” said Yazbek, whose previous screen-to-stage musicals include “The Full Monty” and “Tootsie.” “And that has had to do with the makeup of the band: we may be giving a bit more time to someone based on their particular expertise on an instrument. I remember saying at the very beginning of our process that if we think this is going to be a Broadway show, we will not do it right. We have to respect what it needs to be.” The producers have also ensured that both sides of the religious angle are truthfully and equitably portrayed. The lead role in the L.A. production is played by Israeli actor Sasson Gabay, who played it in the original film.

Other recent Tony winners, like “Hamilton” and “Hadestown” have also resumed their national tours — with stops planned for Los Angeles as well.