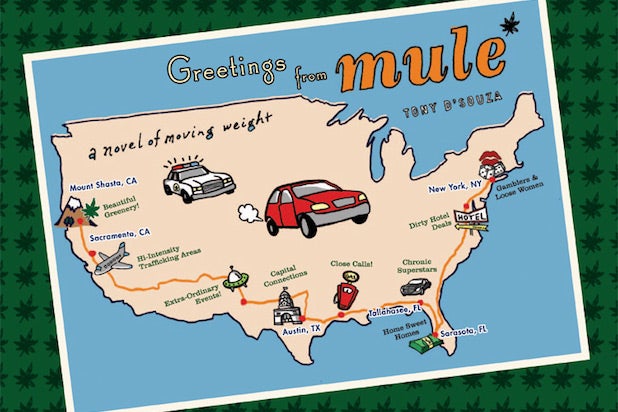 Sibling screenwriters Mark and Jay Duplass boarded the project in April 2012 but the duo are incredibly busy, so Warner Bros. is leaving the next draft of the script in Schickler’s capable hands.

Todd Phillips and Scott Budnick are producing for the new company Phillips recently formed with Bradley Cooper, while Jamie Patricof and Lynette Howell found the book and will produce via their Electric City Entertainment banner (“The Place Beyond the Pines”).

“Mule: A Novel of Moving Weight” follows a young couple who are forced to transport marijuana across the country to scratch out a living during the economic recession.

Phillips is developing the project as a potential directing vehicle, though “Arms and the Dudes” is expected to serve as his next movie.

Warner Bros. executive Chantal Nong will oversee the project for the studio.

Schickler co-created the hit Cinemax series “Banshee” with Jonathan Tropper, and serves as an executive producer on the show, which returns in 2015.

Schickler is also a bestselling novelist who has been developing the psychosexual thriller “Borrowing Girls” with Gotham Group, which represents him along with CAA.