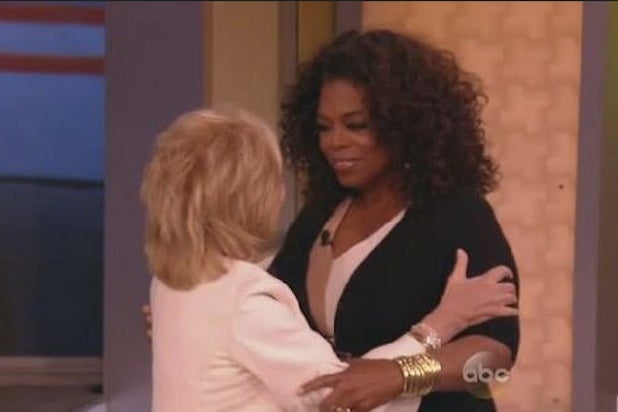 Barbara Walters bid adieu to “The View” on Friday, but not before many famous guests visited to celebrate her storied career.

Walters was treated to a litany of surprises on her last day, including special appearances by Hillary Clinton and Oprah Winfrey.

Here are the top five moments from her final show: