At first, the unpredictable home-invasion horror pic “Barbarian” seems too obvious to get worked up about. How can you trust a slow-burning chiller that repeatedly baits viewers with a scenario that’s so implausible that you repeatedly yell and/or laugh helplessly at its protagonist? Short answer: You can’t, and that’s awesome.

The set-up is simple enough: Tess (Georgina Campbell, Apple TV+’s “Suspicion”) first rents and then explores a suburban house near Detroit. That house was somehow double-booked, as Tess soon discovers through conversations with Keith (Bill Skarsgård, “It”), the gentlemanly but also suspiciously anxious other tenant. You might already be wondering: What sane person unwittingly rents anything in Michigan, and why is Tess spending so much time exploring a basement that has a hidden door, behind which is a room with a spare bed frame, a metal bucket, and a camcorder?

By the time Tess decides to follow her wonky instincts into a sub-basement(??), it becomes clear that writer-director Zach Cregger (star-writer-director of the 2007-11 TV sketch comedy “The Whitest Kids U Know”) has been baiting viewers the whole time. The most impressive thing about “Barbarian” is that Cregger keeps developing his twisty plot well after he sets everything up. Messing with viewers seems to be his guiding dramatic principal, from playful camerawork to unpredictable plot twists. Bless ‘im. 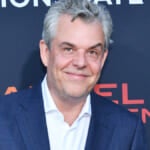 Cregger also repeatedly side-steps the most potentially objectionable elements of his ambitious button-pusher, particularly with regard to his depiction of racism as it’s experienced in a post-redlined Detroit suburb. There’s also a sketchy subplot involving AJ (Justin Long), a disgraced and now broke actor who was just accused of raping a female co-star. Thankfully, everything ultimately pulls together, often in shockingly amusing ways. Horror fans will be in heaven well before character actor Richard Brake shows up. Everyone else should see “Barbarian,” too, if only to shout back together at the screen.

The plot of “Barbarian” develops through a series of chronologically non-linear subplots, each of which builds on or leads us back to wherever the story just left off. First we follow Tess as she gets acquainted with and instantly falls for charming stranger Keith. Then we join Tess as she wanders into the basement, at which point our expectations are suddenly (and kind of humorously) dashed. Tess’s narrative quickly resets after a hard cut to black; we join AJ, who’s singing cheerfully to himself in his convertible when he gets a distressing call from his agent about new (and seemingly unexpected) accusations of sexual predation, which have torpedoed AJ’s career and financial prospects.

AJ takes immediate action and flies out to Michigan, where he hopes to flip some of the properties that he owns. One of those properties is, of course, Tess and Keith’s Airbnb. AJ also goes into the basement. Then the last of the three main subplots begins, this one involving Frank (Brake), the previous owner of the suburban rental, back when the neighborhood was on the verge of a White Flight–style mass exodus. Cregger somehow pulls together these disparate story elements without clobbering viewers with showy didacticism or faux-clever equivocating. 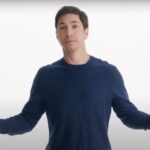 Like a perpetually escalating mashup of genre favorites like “Don’t Breathe” and “Castle Freak,” “Barbarian” never stays still long enough to sink into its more familiar, formula-friendly tropes. Cregger also earns a few hard winks at viewers, like when we see that Tess has a copy of “Jane Eyre” in her luggage, which gives viewers some teasing insight as to what’s going on in her rental’s basement.

Cregger also deserves credit for not only anticipating but also smartly toying with viewers’ expectations throughout. AJ’s story threatens to pull the movie toward a dissatisfying many-fine-people-on-both-sides redemption arc, which rings especially false given AJ’s more oblivious, unlovable qualities, as when he reflexively greets a friend by calling him a “faggot.” But despite some blatant misdirection, Cregger always remains a few steps ahead of viewers. Even AJ’s scenes, which are characteristically well-developed and performed by Long, show us exactly what we need to form our own opinions.

Best of all: Cregger’s movie is actually scary thanks to his focus on atmospheric tension, circumstantial peril and his cast’s body language. “Barbarian” regularly suckers you into letting your guard down because it earns your suspension of disbelief throughout, and then winds up being exactly as upsetting and mean as it needs to be. Once it gets going, “Barbarian” does not let up, despite its many narrative digressions and tonal shifts. This may be Cregger’s first horror feature, but it hopefully won’t be his last.

“Barbarian” opens in US theaters September 9 via 20th Century Studios. 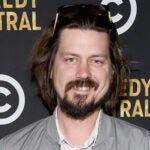