Warner Bros. has set a July 21, 2023 release date for the upcoming “Barbie” movie, directed by Greta Gerwig and starring Margot Robbie as the iconic Mattel doll. Those in the CinemaCon crowd also got a quick first look at Robbie as Barbie in the film, and you can see that first look below.

The film will open alongside Christopher Nolan’s “Oppenheimer” from Universal and one week ahead of Marvel’s “Ant-Man and the Wasp: Quantumania.”

Gerwig co-wrote the screenplay for the film with Noah Baumbach, and it marks her third solo feature directorial effort following 2017’s “Lady Bird” and 2019’s “Little Women,” both of which earned Oscar nominations for Best Picture.

“Barbie” has been in development since 2014, with Amy Schumer at one point attached to star.

Robbie is also a producer on the film via LuckyChap Entertainment with producing partner Tom Ackerley. “Harry Potter” producer David Heyman is also attached to the film along with Mattel Films’ Robbie Brenner.

In addition to “Barbie,” Warner Bros. at CinemaCon also announced that “The Batman” will get a sequel, and the studio teased other 2023 releases like “The Meg 2,” “The Color Purple,” “Blue Beetle” and an animated “Lord of the Rings” film. 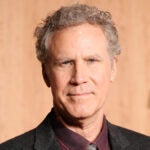