Journalist Bari Weiss announced Monday that she and a team of likeminded colleagues plan to launch a university to counter America’s “broken” higher education system. It will be called the University of Austin, but it is already garnering comparisons to Trump University.

“We got sick of complaining about how broken higher education is,” the former New York Times opinion writer posted on Twitter. “So we decided to do something about it. Announcing a new university dedicated to the fearless pursuit of truth: @uaustinorg.”

Weiss linked to her Substack, on which former St. John’s College president Pano Kanelos posted a more in-depth explanation of the university and the need for its creation, along with a list of high-profile founding faculty members like Caitlin Flanagan and Andrew Sullivan. 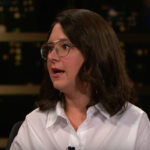 “Nearly a quarter of American academics in the social sciences or humanities endorse ousting a colleague for having a wrong opinion about hot-button issues such as immigration or gender differences. Over a third of conservative academics and PhD students say they had been threatened with disciplinary action for their views. Four out of five American PhD students are willing to discriminate against right-leaning scholars, according to a report by the Center for the Study of Partisanship and Ideology,” Kanelos wrote. “The picture among undergraduates is even bleaker. In Heterodox Academy’s 2020 Campus Expression Survey, 62% of sampled college students agreed that the climate on their campus prevented students from saying things they believe. Nearly 70% of students favor reporting professors if the professor says something students find offensive, according to a Challey Institute for Global Innovation survey. The Foundation for Individual Rights in Education reports at least 491 disinvitation campaigns since 2000. Roughly half were successful.”

Universities, he argued, are designed to defend truth — but he, Weiss and their cohorts do not believe that is happening on American campuses. He cited examples of professors who left their schools after “harassment” and treatment like “thought criminals.”

“It’s not just that we are failing students as individuals; we are failing the nation. Our democracy is faltering, in significant part, because our educational system has become illiberal and is producing citizens and leaders who are incapable and unwilling to participate in the core activity of democratic governance,” he wrote. 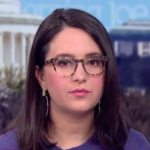 The founding board of advisors includes Kanelos, Weiss, Flanagan, Sullivan, historian Niall Ferguson, Palantir co-founder Joe Lonsdale and more. The organization’s website notes the university is not accredited, will not wait for accreditation to begin programming, does not yet have a campus location and will not offer degrees. Instead, the organization will “offer a summer program for college students called ‘Forbidden Cources’ that invites top students from other universities to join [them] for a spirited discussion about the most provocative questions that often lead to censorship or self-censorship in many universities.” Masters programs will begin in fall of 2022. Austin was selected as the location because, per the website, “If it’s good enough for Elon Musk and Joe Rogan, it’s good enough for us.”

Criticism came quickly and Weiss and her colleagues were ridiculed online. (A representative for the organization did not immediately return a request for comment.)

Another added, “If I wrote a satire in which Bari Weiss shilled for a non-accredited ‘university’ operating out of a lawyers office funded by a management consulting firm in Utah that name checks Elon Musk and Joe Rogan in their literature, editors would shoot me down for being too heavy handed.”

Comparisons to Trump University — a real estate seminar program run by Donald Trump that ultimately resulted in three lawsuits, one of which was settled for $25 million — abounded online after the announcement.