“Barry” has been renewed for Season 4, HBO announced on Wednesday. Production on the new season will begin in June in Los Angeles, and series star/co-creator/writer Bill Hader will direct all eight episodes.

The Emmy-winning comedy series is currently in the midst of airing its acclaimed third season, as the story of a hitman-turned-aspiring-actor reaches new depths (and levels of darkness).

Hader directed five of Season 3’s eight episodes and also helmed the show’s pilot as well as other standout episodes, but Season 4 is the first time he’s directing an entire season himself. He joins the likes of Steven Soderbergh (“The Knick”), Barry Jenkins (“The Underground Railroad”) and Jean-Marc Vallee (“Big Little Lies”) as filmmakers who have directed entire seasons of TV. 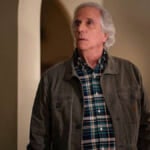 “Barry” was created by Hader and Alec Berg, who also serve as executive producers. Hader won the Emmy for Best Actor in a Comedy Series for the show’s first and second seasons.

The “Barry” Season 3 finale will air June 12 on HBO. And if you’ve been watching along, be sure to check out TheWrap’s interviews with Hader tied to each episode, as he breaks down the decisions that went into writing and shooting (and sometimes reshooting) Season 3.

“Barry” premiered in 2018 as the brainchild of Hader and Berg, introducing the story of a hitman who, while carrying out a job in Los Angeles, decides to pursue his dreams of becoming an actor. But as the story has worn on, the show has pushed deeper and deeper into the character complexities within, culminating in a third season that kicked off with one heck of a conundrum for Barry and someone he deeply loves. 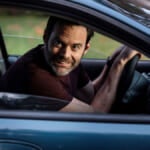