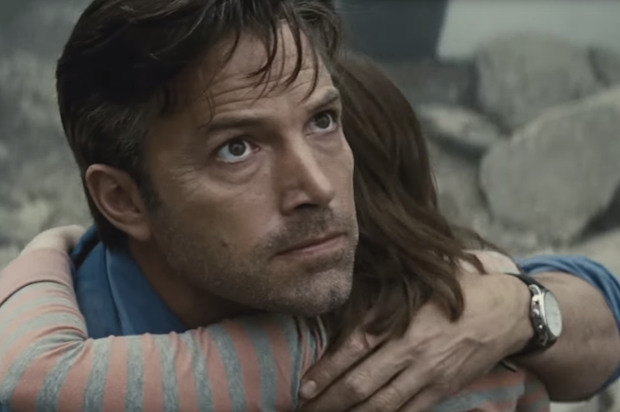 (Spoiler Alert: Please do not read on if you have not already seen “Batman v Superman: Dawn of Justice.” This piece is 100 percent spoilers)

“Batman v Superman: Dawn of Justice” was the definition of mixed bag coming out of its opening weekend.

Hated by critics — who nonetheless seemed to really like Ben Affleck as Batman, it nonetheless looks like a big financial success despite the disapproval — though a B Cinemascore indicates that audiences weren’t universally enamored with it.

To celebrate this roller coaster of emotions, TheWrap has compiled a list of what we think are the five most and least awesome things about the movie. Coming up with five actually awesome ones did, admittedly, take a lot of brainpower.

Awesome: Wayne Lake House
In this universe, Bruce Wayne doesn’t live in Wayne Manor, which is now a dilapidated ghost house (how one-percenter of him to let a giant house just rot like that). Instead, he lives in a stereotypical movie-rich-guy lake house that features floor-to-ceiling windows on all sides. It does still have a Batcave beneath it, and its garage door is in the middle of the lake itself. When Batman drives back to the house he has to ramp into a horizontal hole that opens up. As a fan of pointless extravagance, this blew my mind.

Terrible: Pa Kent on the mountain
At some point, Superman decides to take a sabbatical from world events to walk to the top of a mountain, where he meets the ghost (?) of Pa Kent. Pa tells a story of how when he was a kid a big storm threatened to flood his family’s farm, and his efforts to prevent that from happening ended up flooding the neighbor’s farm instead. Pa says he could hear their horses drowning and that haunted him for years.

It’s a really horrible story, told in a painfully rambling fashion. I get the point — doing what you think is right can have unintended consequences — but Pa is so insufferable in these movies, like a shitty school principal who thinks he’s clever when he phrases incredibly obvious observations as riddles (admittedly, Kevin Costner is perfect for that role). Plus, that lesson is probably one Superman should have figured out on his own after he and Zod accidentally killed millions of people when they fought each other in the last movie.

Awesome: Wonder Woman enters the fight
We’re at the end of the movie, Batman and Superman have resolved their differences and rescued Martha Kent, and all that’s left to do is take down a CGI Kryptonian monster that gets strong every time somebody hits it.

Enter Wonder Woman, who had mostly been hanging out on the fringes of the plot up to this point. She pops up to add her super abilities to to the fray, blocking Doomsday’s heat beam with her signature indestructible bracelets. It’s a brief moment of excitement.

Terrible: The rest of the Doomsday fight
Aside from a few moments with Wonder Woman, the rest of the Superfriends’ fight against Lex’s CGI monstrosity is an incoherent show of light and sound that’s little more than a raw assault on the senses. Stuff happens! Loud noises! I thought my brain was going to explode from sheer input overload.

Terrible: Everything else Lex does
Maybe Lex will make sense in the 30-minutes-longer R-rated version, but in this one nothing he does really makes any sense. Jesse Eisenberg is playing Lex as a misunderstood genius who has plans nobody else will understand until it’s too late, but there’s not actually a plan to be understood. First, he wants to protect the world from Superman, then he makes a crazy CGI kryptonian killing machine and lets it loose in Metropolis.

These seem like objectives that are fundamentally at odds with each other. Maybe the why of it was simply left on the cutting room floor.

Awesome: Bruce Wayne’s perspective on the battle of Metropolis from “Man of Steel”
The movie’s peak came right after the opening credits, when we see Bruce Wayne racing around the streets of Metroplis while Superman and Zod fight overhead, knocking down buildings left and right. Bruce is trying to get to the Wayne building in the city, and shows up just in time to watch it be added to the previously mentioned collection of knocked-over buildings.

This sequence really sells Batman’s anti-Superman stance throughout the rest of the movie — everybody on the ground is helpless to protect themselves if Superman decides to fall on them, and that’s a power to be feared. It feels like director Zack Snyder acknowledging criticisms of the wanton destruction we saw in “Man of Steel” by showing he’s going to deal with Superman’s apparent lack of desire to protect anyone from harm during that fight. Unfortunately, that doesn’t actually happen the rest of the way.

Terrible: Batman’s parents are dead again
Before we get to see Bruce frantically driving around Metropolis while Superman keeps accidentally destroying buildings, we get to see Batman parents die again.

You know what the first question a filmmaker should ask themselves when they decide to make a Batman movie? “Do we really need to show the Wayne family wandering into Crime Alley and then getting murdered again?” Because, good lord, we’ve seen this sequence so many times and we get it. Batman is crazy because he watched his parents get killed when he was a kid. You need to have a really good reason for going there again. Unfortunately for “Batman v Superman,” it has pretty much the worst reason, which we’ll talk about in a moment.

Awesome: Batman beating the shit out of Superman

Snyder‘s Superman is just an awful character and a huge dumbass. When he first meets Batman, Superman lets the bad guys Bats was chasing get away (the same guys who kidnap Martha Kent later) so he can lecture him on morality or something. Nevermind that this version of Superman doesn’t seem to have any kind of morality or ideological direction himself.

So it’s of course incredibly fun when Batman hits Supes with a Kryptogrenade and just beats the hell out of him. It’s righteous as hell, and Superman doubly deserves it for getting hit in the face with a kryptonite grenade a second time.

Terrible: Batman stops hating Superman because he finds out their moms’ had the same name
Batman and Superman had their fight, and Batman won. He stands over Superman with his Kryptonite spear ready to jab it through Superman’s chest and finish him off, but Superman blurts out that they have to save Martha.

Batman flips out, screaming “Why did you say that name?!” over and over. The answer is that Lex’s henchmen kidnapped Martha Kent and are going to kill her. And Superman, for obvious reasons, doesn’t want that. And Batman, because his own dead mom’s name was also Martha, doesn’t want that either.

This seems to be why “Batman v Superman” showed the Waynes getting killed again. To set up possibly the worst “we’re not so different, you and I” moment in the history of movies.