Who would have thought that a Brazil-originated prank consisting of sex noises serenading a live broadcast would get noticed by millions? Well, it has.

A tweet from the UK’s BBC soccer broadcaster Gary Lineker has netted 18 million views thus far – and all it features is a phone discovered hidden in the studio during live TV coverage of the FA Cup that was activated remotely by pranksters to provide the loud moaning sounds.

The interruption could be heard as Lineker broadcast the third-round replay between Wolves sand Liverpool.

BBC apologized for the interruption Tuesday to “viewers offended during the live coverage of the football this evening,” BBC said, adding through a spokesperson that the company was investigating the incident.

YouTube prankster Daniel Jarvis appeared to be behind the stunt, according to a video posted to YouTube. He pulled a similar stunt on the BBC five years ago, which was also posted to his YouTube account (beware: both videos are NSFW). 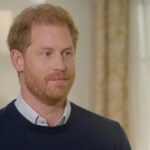 Meanwhile, at the studio, Lineker tried to downplay the interruption as he and Paul Ince and Danny Murphy went about their broadcast as if nothing happened.

Lineker addressed fellow former England player Alan Shearer: “Somebody’s sending something on someone’s phone, I think,” and speaking to the audience, added “I don’t know whether you heard it at home.”

After the source of the prank was discovered, Lineker posted a picture of the small cell phone on Twitter. It was unclear how the YouTube prankster planted the phone in the BBC’s studio.

But, by then the incident had gone viral with clips circulating on social media.

According to a tweet from an Associated Press reporter in Sao Paulo, Brazil, Jarvis’ idea wasn’t quite original – in the South American country, the practical joke Gemidão do zap is referred to as “the big WhatsApp moan.”

Jarvis was convicted of aggravated trespass and handed a suspended sentence in October over a separate incident, in which he “collided with England cricketer Jonny Bairstow after invading the Oval pitch in south London during a Test,” per BBC.

Jarvis was sentenced to eight weeks in prison, which was suspended for two years. He was also banned for two years from all sporting events in England and Wales, from travelling abroad for 12 months, and was also required to attend rehab. It’s not known if he had complied. 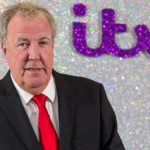