It’s been six long years since Idris Elba embarked on what we can only now call his “Bad Cat Trilogy.”

He ruled the jungle as the villainous Shere Khan in “The Jungle Book,” and he broke every human law as Macavity in “Cats.” But this time it’s different: In Baltasar Kormákur’s “Beast,” Elba must fight an evil cat in his own human form. It might feel like poetry if “Beast” was anything more than a competent genre exercise.

Elba stars as Dr. Nate Samuels, a doctor visiting South Africa with his two daughters, Meredith (Iyana Halley, “Licorice Pizza”) and Nora (Leah Jeffries, “Rel”). They’re visiting the home town of Meredith and Nora’s mother who, shortly after she separated from Nate, was diagnosed with – and swiftly died of – cancer.

That’s a lot of baggage for one trip, but Nate is trying to make up for lost time by bonding over this new adventure. With his old friend, wildlife reserve caretaker Martin Battles (Sharlto Copley, always “Chappie” in our hearts), they venture into the wilderness to visit some lions and then promptly get attacked by one. 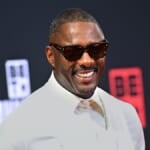 That last bit wasn’t on their itinerary, but it was inevitable just the same. “Beast” opens with a vicious scene in which poachers kill an entire pride of wild lions, except for one male, who immediately reveals himself to be the cat version of John Wick. The titular animal slaughters every single one of the heavily-armed poachers who killed his family and then proceeds to murder every other human he finds, basically on sheer principle.

It’s a blunt but efficient way to get “Beast” where it needs to go. Screenwriter Ryan Engle (“Rampage”) works off a story by Jaime Primak Sullivan, and the two previously collaborated on the thriller “Breaking In,” which starred Gabrielle Union as a mom protecting her children from home invaders. Engle and Sullivan have a knack for brutal, simplistic narratives, and that’s “Beast” all over.

Once Nate and his family are trapped in a car with an immense lion pouncing all over the vehicle and ripping everything to shreds, “Beast” becomes simply a film about problem-solving. The characters have been established, and the tools at their disposal have been introduced. All that remains is for events to transpire that bring the characters to the logical conclusion of their uncomplicated arcs – so long as they can figure out how to solve puzzles straight out of an old LucasArts point-and-click adventure game. 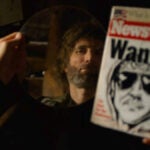 Hang on to that lighter; it’ll be important later. Radios aren’t just radios; they can also be used as decoys. And whatever you do, do not forget to loot those bodies. You’re going to need whatever’s in their pockets – just like you’re going to need to remember all the foreshadowing from Scene 24 – if you want to survive the lion attack.

If a movie is going to work, it may as well work like clockwork. It’s satisfying to see all the pieces come together in “Beast,” even though two of the very last pieces (a revelation about a previously established plot point, and its proximity to another, equally important plot point) don’t fit at all, leaving a gigantic hole in the otherwise tightly woven narrative.

Elba is reliably tough and tender. He’s the rare performer whose sensitivity and physical power really seem to fuel each other; a gruff, perpetual-emotion machine. Halley and Jeffries are convincing as teenagers on an uncomfortable vacation with their previously absentee dad, but when they get impatient and decide to yell at him on a walkie-talkie – when they know damn well there’s a man-eating lion hunting him at that very moment – it feels less like something their characters would do and more like something a screenwriter would like them to do in order to goose the tension artificially. 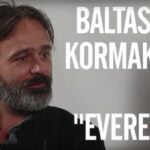 The MVP of “Beast” is veteran cinematographer Philippe Rousselot, who crafts the film out of extended, complicated takes that give it a remarkable visual clarity. Director Kormákur (“Everest”) cannot rely on rapid-fire editing to make these situations convincing; the scares cannot come from out of nowhere. This is a film that makes viewers hyper-aware of the treacherous surroundings, making them hunt every frame for telltale signs of a pissed-off, hungry lion.

The visual complexity and storytelling simplicity make for a fun, thrilling watch. But something’s off: “Beast” raises provocative questions about the ethics of poaching and the primal significance of the family unit, but rather than attempting to answer those questions, the picture falls back on hackneyed dad-film clichés in which the evils of the world serve only as an excuse to test a father’s machismo. It’s yet another film that tries, with middling success, to make the case that all of an absentee dad’s flaws can be forgiven if he steps up on the one and only day that asks him to be manly as hell.

Elba’s mournful performance and gentle charms make those reductive tropes go over better than they might have otherwise, and Kormákur’s confident filmmaking, bolstered by Rousselot’s exciting camerawork, smooth over most of the other creases. “Beast” is a toothsome survival thriller, competently crafted and engagingly realized. There are far worse ways to spend 93 minutes in a movie theater, but audiences hankering for something with some actual substance may be left feeling hungry on mane.