As if having a new canine partner to train and work with wasn’t enough, Scott Turner’s ex has arrived on the scene in “Turner & Hooch,” and she’s clearly going to shake things up. But according to Becca Tobin, who plays said ex, it’s going to be a whole lot of fun to watch the two of them together — mostly because she’s never had more fun acting opposite someone.

That said, there is definitely a kind of pressure when signing onto a project with the legacy of “Turner & Hooch.” Especially because the Disney+ series isn’t a reboot, it’s a continuation. Tom Hanks’s original character and storyline is very much canon, and referenced with fervor.

“Any time you touch something that Tom Hanks has already touched, you sort of feel like there’s no way it’s gonna be as good, or even come close,” Tobin tells TheWrap. “However, the reason I was so excited to take on this project is because of the people attached, really.” 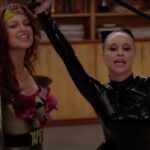 The series, created by Matt Nix, stars Josh Peck as Scott Turner (junior, obviously), a rookie U.S. Marshal who one day wants to make captain. Naturally, those crisp plans get a massive wrench thrown into them in the form of Hooch, a dog Scott’s father adopted before his death — brought on by a heart attack in this series — who he swore was the original Hooch reincarnated.

“I don’t know if the casting could’ve been any better. He’s so lovable, he’s so wonderful, he’s charming, he’s humble — he kind of brings in all of that Tom Hanks essence into this modern take on the continuation of the story,” Tobin gushes.

Scott’s a bit of a loner, his only apparent friend being his Roomba, which he named “Roomie.” But that wasn’t always the case. As we found out in the series premiere, Turner has an ex who he religiously stalks on Instagram. And on Friday’s episode, we met Brooke in the flesh. 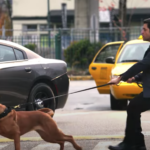 She’s a lawyer, who just took a job in the same building as Turner. It’s a personal connection for Tobin, who has many generations of lawyers in her family. Both of her parents are lawyers, as is her sister, so Brooke’s life felt familiar to Tobin.

“I watched her endure law school. It did not look fun, it didn’t look like anything I was capable of. So now I get to wear power suits and fancy heels and say things like ‘I object!’ but on TV! So it’s fun and fluffy,” Tobin says. “I didn’t have to take the LSATS, so it’s cool! It was nostalgic too.”

And if you have a hunch that Brooke being a lawyer and Scott being a cop means some good banter and arguments lie ahead…well, you’re probably right. 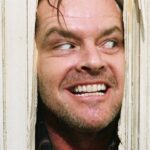 “Josh is a really fun sparring partner, as far as the banter, the joking. He was my favorite scene partner, in anything I’ve ever done, just because he’s really — he has a great sense of humor, he can dish it, he can take it, he’s game for whatever. So our characters have so much fun,” Tobin teases.

Really, the hardest part for Tobin was simply acting like she’s not a dog person. Despite having just recently adopted a puppy with a friend, her character Brooke is far more reserved with dogs, giving Hooch just a simple pat on the head when she meets him. And that moment was a struggle for Tobin.

“It was hard. What’s funny is that we did a couple takes, you know, my first day on set — it’s like, my first back on a set since COVID, it’s very tense, you know? — and I see this dog, and I just, the real me came out, and when I greeted the dog on the first couple takes, I like, got in there. Like, jowls, the whole thing,” Tobin says. “And our director came over after a couple takes and he’s like ‘Hey, um, if you could just like, give it a little…maybe just a little pat, you know? Just don’t get in there so much.’ So, I was too intimate with the dog, to say the least, and it was hard! It was really challenging, that was very much the thing that was most different from the real me to my character.” 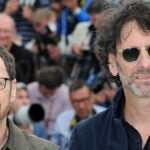