Ben Schwartz (“Sonic,” “The Afterparty”) is set to join Nicholas Hoult, Nicolas Cage and Awkwafina in Universal’s “Renfield,” a monster movie centered around Dracula’s sidekick and based on an original story outline from Robert Kirkman, according to an individual with knowledge of the project.

Cage is playing the iconic vampire in the film, while Hoult is portraying Dracula’s sidekick, whom the film is centered around. Story details are being kept under wraps.

Chris McKay (“The Tomorrow War”) is directing. McKay is also producing, and he’s basing the film off an original story outline by Kirkman. Ryan Ridley wrote the script. 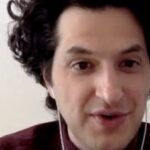 “Renfield” is the latest in its line of films such as “The Invisible Man” that are inspired by its iconic monster movie characters, all of which are filmmaker driven projects with unique stories rather than be set in a shared universe.

Schwartz is an Emmy Award winning actor, writer, and creator who was recently seen in the indie feature “Standing Up, Falling Down” opposite Billy Crystal and Paramount’s “Sonic the Hedgehog.” He will next be seen in Lord & Miller’s AppleTV+ miniseries “The Afterparty,” as well as the second season of Greg Daniels and Steve Carell’s Netflix Series “Space Force” where he stars opposite Carell and John Malkovich, and Paramount’s “Sonic 2.”