Looking for a new Netflix show to watch? You’ve come to the right place. May sees the return of some of the streaming service’s biggest shows, as well as the debut of some brand new binge-worthy series that just may become Netflix staples in the not too distant future. Peruse our picks for the best new shows to watch on Netflix in May 2022 below.

This one’s goofy, but if you’re into Mike Myers’ brand of humor, you may find much to love in “The Pentaverate.” The “Austin Powers” star created and stars in this brand new series as eight different characters, telling the story of a secret society of five men who have been working behind the scenes to influence world events for the greater good since the Black Plague. The supporting cast includes Keegan-Michael Key, Debi Mazar and Jennifer Saunders, and the first season consists of six 30-minute episodes.

If you’re a sucker for broadcast dramas, you may love “The Lincoln Lawyer.” Based on the Michael Connelly book series of the same name, the show stars Manuel Garcia-Rulfo as Mickey Haller, an idealistic lawyer who runs his business out of the back of a Lincoln Town Car. Taking on a variety of cases all across Los Angeles, Season 1 finds Mickey representing a man suspected of double murder. The first season of hourlong episodes is based on the book “The Brass Verdict.” 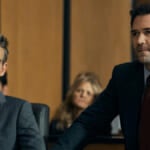 The reality series “Somebody Feed Phil” returns for Season 5, which finds host Phil Rosenthal traveling to Oaxaca, Maine, Helsinki, Portland and Madrid as he takes in local cuisine and culture. A delight, as always.

Fans have been waiting years for the return of “Stranger Things,” and Season 4 is finally here – but not all of it just yet. This new season is so big it’s being split into two volumes, and the first volume hits later this month when seven all-new episodes debut. This is the penultimate season of the supernatural 80s-set series, as Season 5 has been announced to be the final batch of episodes of the show. In contrast to the “blockbuster” theme of Season 3, Season 4 is very much the “horror season” of “Stranger Things” and pulls from a number of different influences – most notably “A Nightmare on Elm Street” as a new terror from the Upside Down descends upon Hawkins.

The season also finds the gang split up as we venture outside Hawkins for the first time to chronicle Hopper’s time in a Russian prison as well as the Byers’ new life in California (plus Eleven) after leaving Hawkins behind at the end of Season 3. Hold on to your butts, this is a big one. 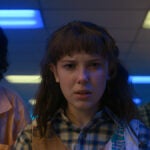